According to the USPSTF, high-risk populations are now recommended to be screened for latent TB infections.

According to the AAFP, CRC screening has been lowered to a grade B recommendation, while the USPSTF maintain its grade A recommendation.

Updated Guidelines for Flu Vaccinations in Children Released by the AAP

The American Academy of Pediatrics now recommends that all children aged 6 months or older should receive the seasonal flu vaccine, according to a recently published policy statement.

The CDC has issued a report saying cancer is now the leading cause of death, surpassing heart disease, in as many as 22 states nationwide.

Breastfeeding Rates Are Rising, But New Mothers Are Stopping Too Soon

According to a report by the CDC, the rate of breastfeeding mothers is on the rise, but most of them stop sooner than recommended.

A report released by the CDC suggests that many life-threatening cases of sepsis could be prevented with early detection and treatment.

The CDC has released an updated guidance for health providers caring for infants born to mothers with possible Zika infection.

First Generic Version of Tamiflu Now Approved by the FDA

The US Food and Drug Administration (FDA) has approved the first generic version of Tamiflu®. Zika Virus: What You Need to Know

If you haven’t yet heard about Zika virus, you’;re going to start seeing it more often in the headlines. On Monday, February 1, 2016, the World Health Organization (WHO) declared the disease an international crisis, and the next day it was reported that Zika virus was transmitted for the first time within the United States through sexual transmission. In addition, new reports of Zika virus appearing in other countries for the first time are being announced every day. 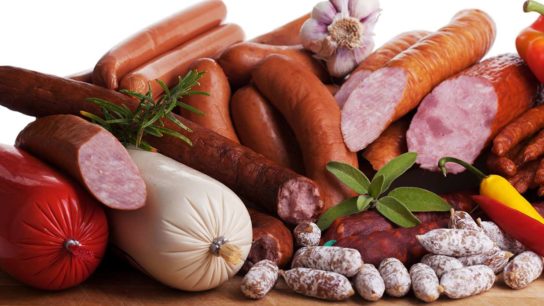 The WHO Classifies Processed Meat as Carcinogenic Alongside Tobacco

Meat is in need of some major PR damage control. In addition to a report claiming that hot dogs contain more than were actually aware of, as well as vegetarian options being no-so-vegetarian after all, the World Health Organization (WHO) officially classified processed meat (and probably red meat) as carcinogenic alongside tobacco, arsenic, and pesticides.