The effect of sexual dimorphisms on the immune phenotype of both healthy individuals and those with autoimmunity were assessed in a study published in The Lancet Rheumatology.

According to the study authors, the current study is the first to report on the immune-cell phenotype by comparing sex and gender differences among young postpubertal cisgender men and cisgender women, both with and without juvenile-onset systemic lupus erythematosus (SLE), as well as in transgender individuals undergoing gender-affirming sex hormone treatment without juvenile-onset SLE.

Further, gender-affirming sex hormones among transgender men and women resulted in multiple statistically significantly changes in the Treg-cell transcriptome, many of which enriched functional pathways that overlapped with those altered among cisgender men and women, thus underscoring a hormonal influence on Treg-cell function according to gender.

Although sex differences in Treg-cell frequency were absent and suppressive capacity was reversed in participants with juvenile-onset SLE, sex differences in Treg-cell transcriptional signatures were significantly more pronounced in those with vs without juvenile-onset SLE, implying that sex hormone signaling might be dysregulated in autoimmunity.

One of the study limitations included the difficulty involved in enrolling and collecting larger volumes of blood from rare cohorts of young individuals, particularly transgender individuals and children, which limited the ability to evaluate the phenotype and function of Treg cells. In addition, researchers did not conduct a follow-up of transgender individuals, which prevented studying the long-term effects of hormone therapy on Treg cells.

The study authors concluded, “This information helps us to understand the mechanistic pathogenesis of autoimmune disease and the bias toward cisgender women. Our study will help inform the future consideration of sex as a biological variable in inflammatory research and clinical trials.” 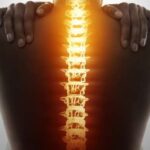