Rheumatoid arthritis (RA) affects approximately 1% of the general population, though research suggests that overdiagnosis in patients with early arthritis is on the rise in the European Union and United States.1,2 During the last 20 years, the development and use of disease-modifying antirheumatic drugs (DMARDs) have been increasing, providing patients with effective treatment options. However, side effects, such as a predilection to infection, have been shown to occur more frequently among patients receiving immunosuppressive treatment.3

Several mycobacterial, viral, and bacterial infections are known to present with musculoskeletal manifestations, including but not limited to arthritis and arthralgia. In light of the fact that early-stage RA has been shown to closely mimic certain infections,4 it is of prime importance that rheumatologists differentiate these diseases from RA.5

The theory of molecular mimicry in autoimmune diseases, such as RA, is based on the occurrence of similarities between foreign and self (host)-peptides that favor the activation of autoreactive T or B cells, which, in turn, induces an undesired humoral and/or cellular immune response against the host proteins.6

Molecular mimicry has been found to occur in response to mycobacteria (including the nontuberculous mycobacteria), Epstein-Barr virus (EBV), hepatitis B and C, HIV, and Brucellosis infection. Researchers have proposed to promote cellular and humoral responses by activating pathways linked to RA development among susceptible individuals.6,7

Tuberculosis (TB) continues to be a global public health problem, and the prevalence of extrapulmonary TB is on the rise. Spinal tuberculosis, tubercular arthritis, osteomyelitis, and Poncet disease (reactive arthritis due to the presence of extra-articular tuberculosis) are major forms of musculoskeletal tuberculosis. Studies assessing Poncet disease have revealed that 27.6% to 43.5% of patients have polyarticular involvement that closely mimics RA.8

Leprosy is predominantly considered to be an illness of the skin, but approximately 75% of patients have musculoskeletal involvement that includes acute-onset polyarthritis and chronic symmetrical polyarthritis.9 Joint involvement may be the only presenting feature of leprosy in these patients, making an accurate diagnosis challenging.

Unlike parvovirus B19 infection, true arthritis is a relatively uncommon feature of primary HIV infection. However, in the setting of untreated HIV, joint symptoms are common, with approximately 11% of patients developing mono- or polyarticular arthritis.4,5 Following the rollout of combination antiretroviral therapy, improvement in joint symptoms, including reactive arthritis, have been reported after treatment.11

Brucellosis is one of the most common zoonotic diseases worldwide; however, it is rarely fatal. Osteoarticular features have been reported in 11% to 85% of these patients, making it easily mistaken for RA.4 Spondylitis and spondylodiscitis are the most frequent complications, with back pain and sciatica radiculopathy being the most common complaints among patients.

Diagnosis of brucella arthritis can be challenging and highlights the need for taking a thorough history and consideration of features that may favor brucellosis.

Borrelia burgdorferi, the causative agent of Lyme disease, manifests as characteristic skin lesions, with flu-like symptoms and central nervous system (CNS) involvement during the acute phase. However, in many patients, the early phases of Lyme disease remain asymptomatic but may occur with arthritis in 1 or a few large joints.4 The involvement of small joints, periarticular structures, and temporomandibular joints reflect the oligoarticular and polyarticular response to infection, which closely mimics RA.

Lyme arthritis is effectively treated with antibiotic therapy in these patients, but arthritis can persist and even worsen in patients who have been exposed to certain highly inflammatory strains of B burgdorferi, a common cause of postinfectious Lyme arthritis.12

Researchers have found that the annual incidence of bacterial arthritis is between 2 to 10 of 100,000 persons in developed countries.13 The majority of patients who present with bacterial arthritis either have a preexisting illness associated with an immunocompromised state, malignancy, diabetes mellitus, a prosthetic joint, chronic kidney disease, or RA.

Bacterial arthritis is normally regarded as acute-onset monoarthritis, with 15% to 20% of patients presenting with oligoarticular or polyarticular presentation.14  Serum procalcitonin is often elevated in bacterial infection and may help in the diagnosis of bacterial arthritis, as these levels are not affected by glucocorticoids and nonsteroidal anti-inflammatory drugs.15 Results from a meta-analysis revealed that a cutoff value of 0.5 and 0.3 ng/mL can effectively “rule-in” and “rule-out” bacterial arthritis with a high sensitivity and specificity.16 Conversely, septic arthritis in patients with RA is diagnostically challenging; the presence of fever and other risk factors may be informative during diagnosis and should be promptly confirmed by arthrocentesis and the examination of the synovial fluid.17

Rheumatoid arthritis closely mimics various mycobacterial, bacterial, and viral infections, especially during the early stages of disease. Subsequently, serologic testing, cultures, and DNA amplification techniques are often helpful to rule out infection, along with the awareness that low-titer autoantibodies, such as rheumatoid factor and antinuclear antibody, can occur when attempting to establish a diagnosis. Patient travel history also forms an integral component when assessing patients presenting with acute arthritis, with DMARDs and steroids only being initiated once the presence of infection is ruled out. 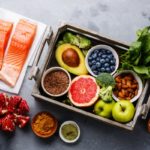