Depression increased the risk for mortality up to 6-fold in patients with incident rheumatoid arthritis (RA), according to study results presented at European Alliance of Associations for Rheumatology (EULAR) Congress 2022, held from June 1 to 5 in Copenhagen, Denmark.

Researchers from Denmark collected data on 11,071 patients diagnosed with incident RA from the nationwide DANBIO register from January 1, 2008 to September 30, 2018. They used the first filling of antidepressants as an indication of depression, which occurred in 1095 (10%) of the study patients.

Prior to statistical analysis, the researchers adjusted for confounding factors including age, sex, comorbidities, cohabitation, education, income, and employment status. Most patients were women (66%). Most patients also had seropositive RA (64%).

The study authors concluded, “The occurrence of depression is increased in patients with rheumatoid arthritis (RA) compared with the [general] population…. [D]epression…was associated with more than six-fold increased mortality risk in patients with incident RA.” 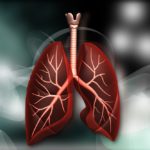