The first Blalock-Taussig shunt (BT shunt) was performed at The Johns Hopkins School of Medicine in 1944. Used to promote blood flow in cyanotic newborns with congenital heart defects, this pioneering surgical treatment has since been used by surgeons around the globe to help thousands of “blue babies.” The procedure also propelled Johns Hopkins surgeon Alfred Blalock and pediatric cardiologist Helen Taussig into the surgical spotlight.

But Blalock and Taussig did not work alone. Blalock’s team included his assistant Vivien T. Thomas, who was essential to the development of the BT shunt, as well as to much of Blalock’s other groundbreaking work. Whereas Thomas’ name may not have been originally attributed with the BT shunt, his contributions are widely recognized and honored today.

Born in Louisiana in 1910, Vivien Thomas relocated in childhood with his family to Nashville, where he began his academic career as an honors student at Pearl High School. The stock market crash in 1929 destroyed the young African American’s hope of attending college and becoming a physician. He was forced to drop out during his first year of college and instead accepted a technician job within an experimental animal laboratory at Vanderbilt University School of Medicine. This serendipitous event changed both Thomas’ life and the course of history. His supervisor at Vanderbilt was Alfred Blalock.

The Great Depression further interfered with Thomas’ plans to go to medical school. Instead, he continued to work diligently under Blalock’s direction in the area of blood loss and traumatic shock. Not only did Thomas learn how to perform surgery, conduct experiments, calculate results, and maintain records during this time, he also invented a device that applied varying degrees of pressures on traumatic injuries. The innovative research of Blalock and Thomas helped to disprove the conventional theory that blood toxins caused shock, and was instrumental in saving thousands of lives during World War II. Despite his undeniable contributions as a postdoctoral researcher in Blalock’s lab at Vanderbilt, Thomas received what was comparable to a janitor’s salary.

Blalock had ascended to great heights because of his work in traumatic shock by 1941, and he was recruited to the position of chief of surgery at Johns Hopkins. At Blalock’s insistence, Thomas, who had become an invaluable part of the surgeon’s work, was also hired. During a time of great racial unrest, Blalock, his wife, and children relocated to Baltimore and began their lives there.

Blalock and Thomas had first ventured into the largely forbidden areas of vascular and cardiac surgery while working together at Vanderbilt. Although their primary field of study at Johns Hopkins continued to be shock research, the trajectory of modern medicine was forever altered when Blalock was approached by cardiologist Helen Taussig, who was in pursuit of a surgical solution for tetralogy of Fallot (AKA “blue baby syndrome”).

Thomas was instrumental in developing the surgery that helped alleviate constriction of oxygen and promote critical blood flow to the lungs in babies suffering from this deadly heart defect. The first successful BT stunt was performed at Johns Hopkins in 1944. As Blalock performed the trailblazing technique on a small and sick 15-month-old infant, Thomas was by his side in the operating room.

Since that first surgery, countless others have been performed on thousands of babies in operating rooms around the world. While at Hopkins, Blalock and Thomas continued their revolutionary partnership with many other operative techniques and surgical equipment designs. The acclaimed HBO film, Something the Lord Made, details the remarkable story of the pair’s unexpected lifelong collaboration.

While heading up Johns Hopkins’ surgical research labs for more than 35 years, Thomas was instrumental in the training of many surgeons and lab technicians. Thomas continued his work at Johns Hopkins even after Blalock’s death, eventually earning the title of instructor of surgery, despite his lack of formal medical training. He eventually received an honorary doctorate from Johns Hopkins.

Because of his unlikely route to medicine, along with his ongoing accomplishments in the field, Thomas is considered by many to be an early incarnation of the modern-day physician assistant. And while his name may not be on the BT shunt, his inspiring life-saving legacy endures as a testament to research, innovation, and perseverance. 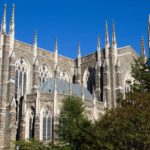 Historical Summary of the Physician Assistant