Obesity can affect the ocular microvasculature by potentially narrowing retinal arteries and lowering the choroidal vascularity index (CVI). A new analysis reports that young adults with morbid obesity who undergo bariatric surgery have increased macular and choroidal thickness after 6 months, as well as nasal and temporal peripapillary CVI, as reported in the Canadian Journal of Ophthalmology.

“Based on our study results, bariatric surgery may have a curative effect on the choroid structure,” the investigators explain.

The prospective study examines outcomes for 50 eyes of 25 patients, 18 to 35 years of age with body mass index (BMI) greater than 40 kg/m2 who underwent sleeve gastrectomy at Haydarpasa Numune Training and Research Hospital General Surgery Clinic in Istanbul, Turkey. Fifty eyes of 25 healthy sex- and age-matched individuals with BMI of 18 to 25 kg/m2 served in the control group. Neither cohort were diagnosed with ocular disorders such as diabetic retinopathy; and all had refractive error better than +3 D.

Preoperative mean subfoveal choroidal thickness was significantly lower at 313±39.1 µm in case participants compared with 369±33.5 µm for control individuals (P <.001). Those in the high BMI group also displayed diminished peripapillary thickness of 160±9.0 µm, compared with those in the healthy BMI set at 189±9.49 µm (both P <.001). Six months postoperatively, subfoveal and peripapillary thicknesses of the case cohort improved significantly (both P <.001). Total choroidal area and luminal area increased in macular and peripapillary sectors (all P <.001).

Prior studies exploring the impact of this procedure on the choroid have produced diverse results, with either increase in overall thickness, decrease in subfoveal choroidal thickness, or no major change in the latter. Investigators speculate these differences may stem from elements such as the optical coherence tomography (OCT)  technique employed. CVI is a more recent testing method, proving reliable, with literature so far showing no large differences in macular CVI by 3 months after surgery.

Current data suggests individuals with obesity may exhibit decreased luminal area in macular and peripapillary regions, and thus thinner choroid and lower CVI. “It appears that these changes may result in reduced vascular flow of the retina and the optic nerve head, predisposing these patients to developing glaucoma and retinal vascular diseases,” according to the investigation.

OCT was performed via spectral domain OCT without dilation, and enhanced depth imaging OCT to illustrate choroidal macular and peripapillary regions. Both eyes of participants were included in the data; a study limitation. Further, the heterogenous sample comprised both sexes, who were using varying systemic medicines. Nonetheless, this is the first analysis of macular and peripapillary CVI at 6 months after bariatric surgery.

Ozcelik-Kose A, Imamoglu S, Akrekin A, et al. Effect of bariatric surgery on macular and peripapillary choroidal structures in young patients with morbid obesity. Can J Ophthalmol. Published ahead of print on April 22, 2022. doi:10.1016/j.jcjo.2022.03.009 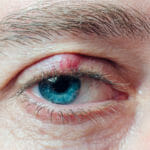