Expanding Medicaid eligibility may have increased the proportion of Medicaid-covered patients enrolled in cancer treatment trials, according to research presented at the 2022 ASCO Annual Meeting.1

Researchers found that the expansion of Medicaid eligibility under the Affordable Care Act (ACA) was associated with a nearly 3-fold increase in the proportion of Medicaid-covered patients enrolled in cancer treatment trials.

Knowing the impact of expanded Medicaid eligibility on cancer trial enrollment is important for evaluating access to trials, diversity in enrollment, and the generalizability and interpretation of trial findings, said Joseph M. Unger, PhD, of Fred Hutchinson Cancer Center in Seattle, who presented the research findings at the meeting.

For this study, Dr Unger and colleagues examined data from the SWOG Cancer Research Network and assessed the number and proportion of trial participants insured by Medicaid. The researchers evaluated data on patients, aged 18-64 years, who were enrolled on cancer treatment trials from April 1992 through February 2020.

To account for trends in Medicaid use related to employment conditions, the researchers adjusted for the monthly unemployment rate using data from the Bureau of Labor Statistics. Similarly, the team included indicator variables to adjust for administrative differences in the Medicaid program in different presidential administrations.

Since the COVID-19 pandemic resulted in employment variations that were disassociated from previously observed relationships with Medicaid insurance use, enrollments from March 2020 on were excluded.

Since the proportion of patients who use Medicaid parallels national economic trends—especially the unemployment rate—the proportion of SWOG trial enrollees using Medicaid was highly variable from 1992 through 2020, Dr Unger noted.

However, after implementation of the ACA in 2014-2015, there was a disruption in the usual relationship between unemployment rates and Medicaid use.

A time series model indicated that, if the ACA had not been enacted, 6.9% of SWOG treatment trial enrollees would have had Medicaid at the end of the study period. However, the actual rate of enrollees with Medicaid in February 2020 was 17.8%.

In absolute numbers, 970 patients with Medicaid insurance enrolled in SWOG treatment trials over the study period, when 640 enrollments would have been expected. This translates to a 52% increase in Medicaid-covered enrollees (P <.001).

Furthermore, the increase per year in Medicaid utilization for patients on SWOG trials came from the 32 states that implemented Medicaid eligibility expansion in 2014 or 2015.

The findings did not differ by age, race, or ethnicity. However, there was a greater increase in the odds of Medicaid use for women than for men (26% vs 8%; P =.03).

The expansion of Medicaid eligibility was associated with a substantial increase in the proportion of patients using Medicaid in cancer treatment trials by early 2020, Dr Unger noted.

Dr Unger said he anticipates that the Cancer Treatment Act, which requires Medicaid programs to cover routine costs of care for patients enrolled on clinical trials, will further improve the ability of medically underserved patients to be included in trials.

On the other hand, making trial participation more affordable may not guarantee increased diversity, according to study discussant Oluwadamilola Fayanju, MD, of the University of Pennsylvania in Philadelphia.2

Dr Fayanju also noted that Black and Hispanic patients are overrepresented in phase 1 trials and underrepresented in phase 3 studies. Furthermore, Black patients are more likely to participate in trials that do not require informed consent because of emergency use. Dr Fayanju said these findings should prompt an examination of the informed consent process and an assessment of whether there are systematic biases in enrollment processes for phase 3 trials.

Dr Fayanju added that, although the link between Medicaid expansion and SWOG trial enrollment in the current study is encouraging, prospective studies are needed to examine whether having Medicaid increases the likelihood of someone participating in clinical trials.

In addition, detailed conversations with patients from medically underserved communities will be needed to provide the assurances, flexibility, and respect for values and social contexts that patients deserve, Dr Fayanju said.

Disclosures: Dr Hershman disclosed an affiliation with AIM Specialty Health. The other coauthors and Dr Fayanju declared no conflicts of interest. 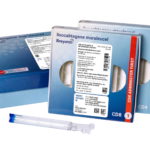