This weekly series highlights eponyms in oncology. This week, we explore the history and namesake for Kaposi sarcoma.

Kaposi sarcoma is a malignancy of endothelial cells.1 It most often affects the skin, mouth, and lymph nodes but can also develop in internal organs.2

The cutaneous manifestations of Kaposi sarcoma are usually red or brown papules that progress to form nodules and plaques as they infiltrate the skin and subcutaneous tissues. The clinical course may be indolent or aggressive.

Four subtypes of Kaposi sarcoma have been described: AIDS-related, classic, iatrogenic (ie, transplant-associated), and endemic.1 All have the same histologic features and are associated with human herpes virus-8 infection.

History of the Name

The namesake for Kaposi sarcoma is Moritz Kaposi, MD. He was born Moritz Kohn in Kaposvar, Hungary, in 1837.3 Dr Kaposi studied medicine at the University of Vienna, graduating in 1861.

In 1871, Dr Kaposi changed his last name from Kohn to Kaposi, taking the name from the river Kapos, which ran through his hometown.

Dr Kaposi described the sarcoma that ultimately bore his name in 1872.2 In a report titled “Idiopathisches multiples pigmentsarkom der haut” (Idiopathic multiple pigmented sarcoma of the skin), he described 5 individuals with lesions that developed on both feet, followed by similar lesions on the hands.

As there was no nodal involvement, Dr Kaposi assumed the disorder to be a pre-existing systemic disease. He concluded that it was a small-cell sarcoma with unfavorable prognosis.

Dr Kaposi noted that some skin lesions regressed spontaneously. Because he observed intralesional hemorrhage histologically, he attributed cases of spontaneous regression to hemorrhage. He considered several etiologies for Kaposi sarcoma, including hyperplasia from infection, vasculopathy, and neuromuscular disease.

A prolific writer and renowned academician, Dr Kaposi produced more than 100 academic publications, was a member of the Imperial Order of Emperor Leopold, and served as president of the second International Congress of Dermatology in Vienna in 1892.2,4 He died in 1902. 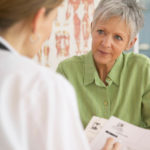 Radioiodine Provides No Benefit After Thyroidectomy in Low-Risk Thyroid Cancer