Most patients with cervical cancer who are past the age of routine screening are diagnosed with locally advanced or metastatic disease, according to a study published in Gynecologic Oncology.

With the current study, researchers wanted to learn more about this patient population. The team analyzed SEER-Medicare data from 2004 through 2013, which encompassed 2274 patients age 65 years or older who were diagnosed with cervical cancer.

Nearly 15% of patients were not treated. A lack of treatment was associated with age older than 80 years, 3 or more comorbidities, and stage IV or unknown stage disease.

“It remains unclear if these women declined or were not offered treatment; however, this is consistent with previous studies showing that, stage for stage, women ≥65 are treated less aggressively compared to women <65,” the researchers wrote.

Of the patients who were treated, the most common treatment was surgery with adjuvant chemotherapy and/or radiotherapy (41.9%), followed by radiotherapy alone (18.8%).

The median survival after diagnosis was 56 months, and the 5-year cancer-specific survival rate was 49.5%.

“Given that screening is associated with a significantly reduced risk of cervical cancer, advanced stage disease, and death from the disease, the discontinuation of screening at age 65 for the majority of women may play a role in the late stage at diagnosis and subsequently more difficult treatment decisions and outcomes in this population,” the researchers wrote.

“Coupled with the fact that the life expectancy is increasing, and the number of women with an intact cervix is increasing as a result of declining hysterectomy incidence rates, these findings may also suggest a need to continue screening beyond the age of 65,” the team concluded. 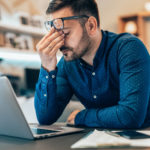 Increased Risk of Neurocognitive Difficulties in Survivors of Bone Cancer