The incidence of acute myeloid leukemia (AML) and deaths among AML patients are increasing worldwide, according to a study presented at the NCCN 2022 Annual Conference.

The study did show that mortality-to-incidence indices (MIIs) are improving globally, but the increasing burden of AML is still “concerning,” according to researchers.

Dr Ahmed and colleagues found that ASIRs increased globally over the study period, by 34.6% in men and 7.9% in women. ASIRs also increased in all regions. The greatest increases were seen in Africa for men (81.8%) and Southeast Asia for women (22.3%).

MIIs decreased globally over the study period, by 26.3% in men and 12.3% in women. However, the change in MIIs varied across regions.

Based on these results, Dr Ahmed said he and his colleagues “believe that health policy and resource allocation to AML management needs attention in all regions of the world.” 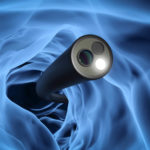