Stephan Letter, a former nurse dubbed by the press as the “Angel of Death,” killed more people in Germany than anyone else since World War II. On November 20, 2006, he was convicted of killing 28 elderly patients at a hospital in Sonthofen, Germany and is likely to have been responsible for the deaths of many more.

Letter was born on September 17, 1978 in Herdecke, Germany and is reported to have had a difficult childhood, but little to no detail is documented. He attended a nursing college in Ludwigsburg and worked for the Red Cross before taking a nursing position at Sonthofen Clinic in the Bavarian Alps from 2003 to 2004, where he helped treat a large population of elderly patients.

On the morning of April 30, 2003, Beata Giel, 79, was taken to Sonthofen after suffering what was thought to have been a heart attack. By late afternoon, she seemed to be in good health and was speaking cheerfully with her daughters. By 10 pm, she was dead. Another patient, 79-year-old Gertrud Reindl, was admitted to the hospital with gallstones. The next day, she called her son in desperation, pleading with him to take her home. “They want to kill me!” she told him. “I want to get out of here!” No one took her seriously, and the following day she was dead from what doctors said was intestinal problems. Both women were receiving care under Letter.

The hospital’s staff soon began to notice a disappearance of narcotics. They compared the clinic’s duty record against the dates that the drugs had been removed and concluded that Letter had been stealing them. When doctors first suspected that something sinister was going on, the bodies of 42 patients were exhumed from their graves, all of whom had died during Letter’s shifts. A total of 80 deaths took place during the nurse’s shifts, but 38 were unable to be examined because they had been cremated. The investigation revealed that Letter was fatally injecting patients with a cocktail of tranquilizers and muscle relaxants. He was arrested in July 2004 and admitted that he killed 12 patients by lethal injection, but that he could not remember any more. Most of his victims were at least in their 70s, so their deaths were at first overlooked. Letter claimed that he was administering lethal injections to his patients because he felt sorry for them. “He wanted to liberate their souls,” said Letter’s lawyer, Wilhelm van Eckert. “For him, his patients were trapped in their sick bodies.” However, 2 women who were in their 40s were given the lethal injections, and at least 6 patients were in no danger of dying. A few had even died soon after being admitted to the hospital but before being fully examined.

Letter was charged with the murder of 17 female and 12 male patients, and was sentenced to life in prison. “Not all of the patients were seriously ill, and he had no contact at all with some of them," said lawyer Wilhelm Seitz, acting for the families of 11 of the dead. 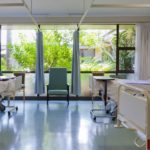 Daylight Is the Best Medicine, for Nurses