A user on Reddit recently shared an experience he had with a less-than-friendly doctor he bumped into one day after class. While walking to the parking lot, he noticed that the doctor had left a large cup of coffee on top of his car just as he was preparing to drive off. Recognizing it as the polite thing to do, the Redditor called out to the doctor to get his attention to prevent the inevitable spillage from occurring. “Hey mister, you—,” he shouted, but was promptly interrupted by the doctor. “NO! It’s Doctor!” the doctor corrected in the most condescending tone the Redditor said he had ever heard. Rethinking his gesture, he replied, “Oh, sorry Doctor; nevermind.” The doctor then proceeded to speed off, spilling the coffee all over the windshield.

If a doctor ever spoke to you in a similar way, it wasn’t the first time that has happened. Although most doctors are great at their jobs and conduct themselves in a professional manner, it’s no secret that some tend to be condescending, egotistical, or arrogant to their staff and patients. Facing a doctor with such a personality can leave the rest of the medical staff feeling intimidated, angry, frustrated, or a variety of other negative emotions that in no way help them take care of their patients.

There are a number of reasons why most doctors are perceived as, to put it bluntly, jerks. An article by medical blogger Dr. Val Jones titled “In defense of doctors: why we act like jerks, and how to handle us when we do,” gives some firsthand insight into doctors’ personalities.

“We are afraid,” writes Jones, stating that being responsible for the lives of sick patients is a scary thing. “Our fear of failing to know everything we ‘should’ causes many of us to hide behind a veil of toughness. Arrogance is often just a cover for vulnerability, and with so much information that we’re expected to digest, we are at risk for making a bad decision if we aren’t up to date.”

Another reason why doctors can come off as condescending is because they sometimes feel that they are henpecked. Dr. Jones cites the following as an example of what she means: “Imagine that you’re tending to a dying man with a gunshot wound to the chest, and a hospital administrator taps you on the shoulder to ask if you could fill out a form about insurance coding. You would view that request as particularly annoying given the context in which it occurred, right?”

Sleep deprivation and exhaustion are also how Dr. Jones rationalizes doctors’ condescending demeanor. Doctors work insanely long hours and are often sleep deprived. One study even found that nearly 1 in 2 physicians in the US report at least 1 symptom of job burnout. “Of course, sleep-deprived people are more likely to be irritable, short-tempered, impulsive, grandiose, and hostile—a.k.a. jerks.”

Dr. Jones’ final reason why doctors can be condescending is that they were probably jerks to begin with, rationalizing that getting into medical school is very competitive and that students are ranked according to test scores, not on how nice they are. “Successful pre-meds are generally type A personalities with a fierce competitive nature,” Jones says. “And what kind of person would sign up for a career where they are harassed, blamed, required to do endless paperwork of indeterminate usefulness, denied regular sleep, and endure hostility from staff, coworkers, family members, and error-prone colleagues? A person with a pretty thick skin and a high tolerance for sadism and/or masochism…also known as a jerk.”

This article isn’t trying to say that it’s okay for doctors to be condescending jerks, but merely offers insight as to why they may come off as such at times. However, if you do find yourself in the presence of such a doctor, here are a few things to remember:

If all else fails, you may just have to face the reality that a rude physician is just something with which you’ll have to deal. If a condescending doctor says something rude to you or belittles you, remember what’s really important: the well-being of the patient. 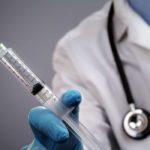