Loneliness is associated with an increased 10-year incidence of all-cause dementia in adults aged 80 years or younger without an apolipoprotein E4 allele (APOE ε4), a known genetic risk factor for Alzheimer disease (AD). These are the findings of a study published in Neurology.

The prevalence of loneliness is rising from 11 percent to 14 percent over a 2-year period extending early into the COVID-19 pandemic, the researchers noted. Among US and international adults aged 60 years and older, the estimated prevalence of loneliness ranges higher from 13 percent to 43 percent. Previous research has found loneliness is associated with an increased risk of cognitive decline, dementia, and AD and related dementia (ADRD) neuropathologic changes. However, other studies have reported inconsistent findings.

Loneliness was quantified with use of the Center for Epidemiologic Studies Depression Scale (CES-D). Participants were classified as “lonely” (3-7 days) or “not lonely” (0-2 days) according to the number of days they felt lonely within the past week. The primary outcome was clinical diagnosis of incident all-cause dementia in the 10-year follow-up. Researchers also screened participants for APOE ε4 allele.

The cognition sample included 1875 participants without dementia (41 original and 1834 offspring members), with a mean age of 62 years (SD, 9 years) and 54% were women. Loneliness was associated with poorer cognition in executive function, as lonely participants had a score of 0.23 standard deviation units (SDU) lower vs participants who were not lonely.

Among several limitations, the researchers noted that their study included mostly White individuals. Also, it is possible that “depression without loneliness” had a more influential role than “loneliness without depression” in the older age group.

“This association between loneliness and 10-year dementia risk may be at least partly due to the involvement of loneliness in the earliest stages of ADRD neuropathogenesis, as suggested by our subsequent findings characterizing how loneliness in dementia-free adults relates with early cognitive and imaging measures of ADRD vulnerability,” the researchers stated. 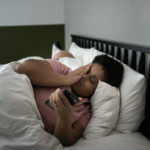