Increased frequency of daytime napping may correspondingly increase the risk for hypertension and ischemic stroke, according to study findings published in Hypertension.

Researchers conducted a prospective cohort study to determine the association between daytime napping and incidence of hypertension and stroke/ischemic stroke. They used data on 358,451 participants from the United Kingdom (UK) Biobank for an observational analysis.

Next, they completed a 1-sample Mendelian randomization using data from 407,025 participants from UK Biobank to measure exposures and outcomes in 1 data set.

Study limitations included data only regarding frequency of napping without attention to duration, subjective reporting of nap frequency instead of objective measures, non-quantifiable measure of nap frequency using descriptive terms instead of numbers or percentages, and generalizability only to middle-aged or older adults in Europe.

The researchers concluded, “Our study, along with previous clinical studies, suggests that further examination of the mechanistic basis of the association between a healthy sleep pattern, including daytime napping, and cardiovascular disease is necessary.” 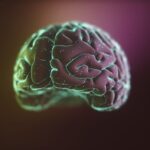