Can Functional MRI Aid in the Diagnosis of Migraine? - Medical Bag

Distinct pattern of abnormal brain connection on functional magnetic resonance imaging (fMRI) can assist in the differentiation between a healthy brain and a brain with migraine without aura, according to study results published in Neurology.

Among patients with migraine, several structural and functional brain alterations may be evident on neuroimaging studies, and in the current study, the goal was to identify and validate a connectome-based marker that may assist in the diagnosis of migraine. The cross-sectional studies included a total of 230 subjects with available resting-state fMRI data.

In study 4, the researchers explored the association between the connectome-based marker and treatment response in 70 patients from study 1 who were rescanned after 4 weeks of real or sham acupuncture treatment or were on the waitlist.

In study 1, the researchers identified differences between patients with migraine without aura and healthy controls in several brain areas, including the occipital area, the sensorimotor network, part of the medial-cerebellum, the cingulo-opercular network, the default mode network, and the frontal parietal network. With resting state functional connectivity, the accuracy of the classifier was 91.4% (89.1% for healthy controls and 92.9% for migraine patients [P <.001] with an area under the curve of 0.97 [P <.001]).

In study 3, used to assess the specificity of the conectome-based marker, the migraine classifier was not able to discriminate between patients with fibromyalgia or chronic low back pain and their matched controls. However, the marker had a sensitivity of 77.8% and a specificity of 75.9% for discriminating migraineurs from patients with chronic low back pain, fibromyalgia and healthy controls.

The researchers acknowledged several study limitations, including methodological limitations, exclusion of other types of headache, small sample size of other pain conditions, and limited number of patients who received sham treatment.

“We identified an fMRI-based brain functional connectome marker for migraine that has the ability to capture distinct characteristics of the disease and may be used to link changes in migraine disease patterns to changes in the brain,” concluded the researchers. 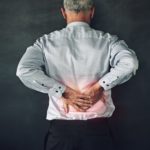