A national survey finds age-related differences in men’s perceptions and actions, but all agree on value of more knowledge and discussion about skin cancer

In recognition of Men’s Health Awareness Month and the start of summer, the American Academy of Dermatology (Academy) has released findings from a new survey, which found that more than 90% of American men know something about skin cancer, but only six in 10 (61%) know how to detect signs on their skin, and even fewer actually visit a doctor for annual skin cancer screenings (18%). These shortcomings were more apparent in younger men (18-34), who were also significantly less likely to believe that they are at risk for skin cancer than men over 35 (31% vs. 42%), and are more likely to protect their skin for cosmetic reasons than they are for health reasons (32% vs. 20%).

One in five people in the United States will develop skin cancer in their lifetime, and by 2015, it is estimated that one in 50 Americans will develop melanoma – the deadliest form of skin cancer. Over the past 30 years, melanoma incidence rates have continued to rise, and men over 50 are at greater risk of developing the disease than the general public. By age 60, twice as many men develop melanoma than women of the same age, and by 80, there are three times more men with melanoma than women.

Legendary New York Giants quarterback and CBS Sports analyst Phil Simms agrees with these findings. He is teaming up with the Academy to launch SPOT me™, a campaign that will educate Americans about their risk for skin cancer and specifically encourage men of all ages to make skin health a priority by getting regular skin cancer screenings from a board-certified dermatologist.

Simms understands the importance of getting screened. When he saw a dermatologist in the summer of 2010, Simms realized something was wrong. The doctor was concerned about the suspicious-looking spots on his face. Since then, Simms has undergone multiple treatments to remove skin cancers on his face, head and ears. As a result, Simms has modified his lifestyle to reduce his risk of future skin cancers.

“Like most men, I resisted going to the doctor until my daughter encouraged me to have my skin checked, and I was lucky my skin cancers were diagnosed early and effectively treated,” says Simms. “Since then, I get regular screenings and make sure my family – especially my two sons – does the same. I want to encourage men of all ages to talk to their family members and friends, be proactive with their skin health and most importantly, get screened for skin cancer.”

Board-certified dermatologist Brett Coldiron, MD, FAAD, president of the American Academy of Dermatology, adds, “In my recent experience, I have treated more men than women for skin cancer, and the skin cancers in men are often more serious. This may be because men don’t get screened as often as they should, which leads to more advanced cancers that could have been caught earlier. The survey findings are encouraging in that men do wish to learn more and even welcome discussion about skin cancer.”

The Academy has partnered with three professional football teams to spread the word about the risks of skin cancer and provide free skin cancer screenings to the public. The screenings will take place during summer training camps, family events and game days, including:

Since 1985, Academy dermatologists have conducted more than 2.4 million free skin cancer screenings and have detected nearly 238,000 suspicious lesions, including more than 26,500 suspected melanomas.

To learn more about the SPOT me™ campaign and to find free skin cancer screenings near you, visit www.spotme.org.

About the SPOT me™ Survey

The American Academy of Dermatology conducted the national SPOT me™ survey to gauge American men’s current knowledge, perceptions and behaviors around skin health concerns and actions, especially in relation to skin self-exams and skin cancer screenings, and how those behaviors differ between the generations.

Participants in the 12-question, self-administered online omnibus survey were a nationally-representative sample of 1,151 American males 18 years of age and older. The study was conducted from May 22, 2014 – May 26, 2014 using the field services of TNS. The margin of sampling error at the 95% level of confidence is ±2.9%. Data are weighted to reflect accurate representation of the population.

The above story is reprinted from materials provided by the American Academy of Dermatology, via Newswise. 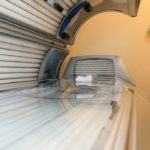