To develop the guideline statement, an AAD multidisciplinary work group reviewed the medical literature that discussed associations between AD and selected comorbid conditions. In the review, the AAD guideline committee identified several atopic and allergic conditions associated with AD:

Also, the guideline authors noted that there is clear evidence of an association between immune-mediated conditions and AD:

Some evidence has also supported an association between mental health conditions and substance abuse and AD, according to the guideline panel:

Other conditions associated with AD were also defined by the guideline committee’s literature review:

The guideline authors recommend individualized treatment and shared decision-making between patients with AD and their dermatologist and/or primary care provider (PCP). In addition to a consultation with a dermatologist, the guideline suggests patients should consult with a PCP to assess and manage comorbidities outside of dermatologic practice. These efforts should incorporate both awareness and consideration of comorbidities, the guideline panel stated. According to the authors, patients who understand the association between different comorbidities and AD can feel more empowered, given they better understand their disease and overall health. In turn, these patients may play a more active role in their healthcare decisions, thereby supporting quality of life and wellbeing. 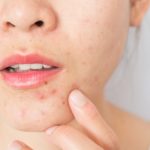