In October, the US Preventive Services Task Force (USPSTF) released a new draft recommendation on low-dose aspirin use for primary prevention of cardiovascular disease (CVD), such as myocardial infarction (MI) or stroke.1

The updated guidelines recommend that adults aged 40 to 59 years with no history of CVD but with a 10% or higher 10-year risk for CVD consult with their physician whether or not to begin an aspirin treatment regimen. The USPSTF draft guidance also advises against starting low-dose aspirin in adults aged 60 years and older.

The new draft guidelines — an update to the USPSTF’s 2016 recommendation — come, in part, after more studies have associated aspirin use with major bleeding events, such as gastrointestinal (GI) and intracranial bleeding, in adults with no history of CVD.2,3,4,5 The American Heart Association (AHA) also acknowledged the need for clinicians to make informed decisions when prescribing aspirin in their 2019 ACC/AHA Guideline on the Primary Prevention of Cardiovascular Disease.6

“…[R]ecent large trials indicate that … the overall benefit of aspirin is small — in most adults, the benefit of protection against heart attacks and strokes is offset by the potential risk of bleeding caused by aspirin,” AHA’s volunteer President Donald M Lloyd-Jones, MD, ScM, FAHA, said in an AHA news release in response to the USPSTF update.7 “As a result, aspirin should be used rarely to help prevent heart attacks and stroke among adults ages 40 to 70 without known [CVD]. These recommendations do not apply to people who have had a heart attack or stroke, or have a stent in an artery — those patients should remain on aspirin as prescribed by their doctor.”

Dr Lloyd-Jones added that clinicians should be “very selective when prescribing aspirin” to “adults without known CVD.” “Aspirin should be limited to only those adults at the highest risk for CVD, who also have a very low risk of bleeding,” he said.

To gain more clinician perspective on the new draft guidelines, we spoke with Jeffrey S. Berger, MD, associate professor of medicine and surgery with appointments in cardiology, hematology, and vascular surgery at NYU Grossman School of Medicine and director of the Center for the Prevention of Cardiovascular Disease at NYU Langone Health.

How should physicians mitigate the GI bleeding risk for patients who should stay on aspirin for risk factors like MI or stroke?

Dr Berger: So, aspirin is a cornerstone in the prevention of a heart attack or stroke. I don’t think anyone would argue otherwise. The issue that always comes up is benefit vs risk. And in somebody who has established disease, the benefit far outweighs the risk. In somebody who you’re trying to prevent a first heart attack or stroke, there are other drugs that are effective without incurring a risk of serious adverse events — like statins, for example. With aspirin, there is a significant and consequential risk of major bleeding. So, the benefit always needs to be compared against the risk.

…[I]n people who are likely to bleed, a significant proportion of those bleeds occur in the first year. Thus, once someone who has been on [aspirin] and has not had a bleed, their risk is not as high as someone who is starting it. … And there are other things. You don’t use [aspirin] in people who have peptic ulcer disease, people who have a bleeding diathesis, or are more likely to bleed. … There is large literature … that [indicates] use of a gastro-protective drug, like a proton pump inhibitor, is very effective at attenuating the increased risk of bleeding with aspirin.8

Part of the USPSTF recommendations are for clinicians to prescribe aspirin on a case-by-case basis to adults aged 40 to 59 years, based on 10-year risk of CVD. What do you think about the accuracy and utility of risk scores?

Dr Berger: I think risk scores are useful in predicting risk. So, I think they work. The question is: Do they predict the likelihood of aspirin working? That I do not know. I will tell you that I have spent the last 15 years or so working in the area of platelets and antiplatelet therapy, so I am a little surprised that in the 21st century, our prevailing thought about who should use aspirin for a prevention of a first heart attack or stroke is quite crude, quite rudimentary. [For example], when you think about a lipid-lowering drug, like a statin, we measure lipids. When you think about a blood pressure-lowering drug, we measure blood pressure. Yet, when we think about platelet-inhibiting drugs, I have nothing to say.

We do not measure how the drug works. That is unfortunate. So, I have spent the last decade or so trying to measure platelet activity, and we have figured out how to do that in a reliable and reproducible manner. And I think that in the near future, we will be able to figure out who is at risk because of increased platelet activity. And those individuals should be considered for the use of an antiplatelet therapy drug. So, I think this is not the end of the story. I think this is the beginning of the story. I’m very excited about the ability to personalize the use of platelet-directive drugs, such as aspirin, for the prevention of a first heart attack or stroke.

Are there any other metrics for clotting similar to prothrombin time (PT), partial thromboplastin time (PTT), and platelet count?

Dr Berger: Doctors have been measuring PT, PTT, and platelet count for decades, but those are not actually markers of platelet function. PT and PTT are markers of your body’s ability to clot. Platelet count tells you about the number of platelets. It tells you nothing about the function of platelets. So, there are ways to measure platelet function using platelet aggregation, using flow cytometry, using the platelet transcriptome, or the platelet RNA. All of that is going to be useful to understand the individual’s risk of a platelet-mediated disease, and I think therefore we’ll be able to help guide antiplatelet therapy. I will cautiously remind anyone that these are hypotheses based on a lot of accumulating data. I am a big believer in evidence-based medicine, and I think we will need to prove our hypotheses and perform the required clinical trials to demonstrate this potential benefit.

At older age, many adults start taking aspirin for primary prevention of CVD and also for colorectal cancer prevention and risk reduction. How should clinicians talk with patients about aspirin use?

Dr Berger: I was very intrigued by the data that came out 5 or 10 years ago about aspirin and cancer and its effect on malignancy, specifically GI or colorectal cancer. More recent data is not as convincing, so I think the jury is still out. So, I think it is the health care provider’s role to remind patients that they should discuss with their doctors, not just prescription [medication], but all over-the-counter [medication], including supplements and vitamins.

It’s important for us to remind patients that anything that they take, and I think aspirin is a great example, is not an inert vitamin. It is a drug that has significant effects on your platelet function that has consequential side effects. And I think whenever you use a medicine that has side effects, you need to discuss at length the benefit vs risk. I think all patients should be reminded of this when they see their health care provider.

How long do you think it will take health care providers to start implementing this recommendation?

Dr Berger: So, there’s always a significant time gap between data and between clinical practice. There’s a whole science called implementation science, getting people to follow recommendations. So I don’t know the answer, but I will tell you this is not the first time this is coming out. There has been a significant movement away from aspirin for the primary prevention of a first heart attack or stroke in the last 5 years or so. So, I think that these guidelines are not surprising. …[T]his newest guideline just reminds everyone of the uncertainty about the use of aspirin for the prevention of a first heart attack or stroke. 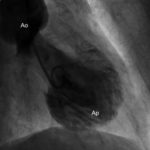