Use of the Vanderbilt Emergency Room Bundle (VERB) intervention has been proposed as an accessible means of engaging patients in the emergency department (ED) on hypertension control. A randomized trial (ClinicalTrials.gov identifier: NCT02672787) was conducted among adult patients with hypertension who presented to 1 of 2 urban EDs in Tennessee. Results of the analysis were published in the Journal of the American Heart Association.

The investigators sought to compare short-term blood pressure measures between the VERB intervention and use of usual care plus education. The study was designed to evaluate the feasibility and short-term efficacy of the multicomponent VERB intervention for the management of hypertension in the ED. VERB intervention includes educational materials, a brief motivational interview, pharmacy resources, a primary care engagement letter, a pillbox, and 45 days of informational and reminder text messages. Those in the education group received a pamphlet on hypertension.

Participants were enrolled from adult EDs at Vanderbilt University Medical Center and the Veterans Health Administration Tennessee Valley Healthcare System in Nashville, Tennessee, from February 25, 2016, through January 15. 2018. Inclusion criteria were that patients be aged 21 to 84 years, have an established primary care provider with a clinic visit within the past 365 days, have 1 or more antihypertensive medication prescriptions, have systolic blood pressure of 140 mm Hg or higher upon arrival in the ED, have anticipated discharge from the ED, be able and willing to receive text messages and to return for follow-up visits, have had enrollment within 6 hours of initial ED assessment, and be able to read and understand English.

In participants who were enrolled after text messages were adapted, mean systolic blood pressures were 121 mm Hg and 130 mm Hg in the VERB group and the education control group, respectively. The mean 30-day systolic blood pressure was estimated to be 8.57 mm Hg lower in the VERB arm compared with the control arm (95% CI, 0.98-16.2; P =.027). The median response rate to VERB text messaging was 56% (IQR, 26-80%).

“The VERB intervention warrants further evaluation as a scalable means of engaging patients in ED on hypertension control while they safely make the transition back to primary care for long-term management,” the study authors wrote. “Although effects were small, individual incremental improvements in adherence, self-care, or blood pressure have important implications on a population level.”

Disclosure: One of the study authors has declared affiliations with biotech, pharmaceutical, and/or device companies. Please see the original reference for a full list of the author’s disclosures. 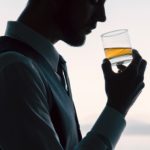 Alcohol Awareness Month: The Link Between Alcohol Use and Atrial Fibrillation