Racial and ethnic disparities in anticoagulation initiation for atrial fibrillation (AF) exist among patients dually enrolled in Medicare and the Veterans Health Administration (VHA), Department of Veterans Affairs (VA), according to study findingspresented at the American Heart Association (AHA) Scientific Sessions 2021, held virtually from November 13 to 15, 2021.

Researchers from the University of Pittsburgh School of Medicine sourced data from the “Race, Ethnicity and Anticoagulant CHoice in Atrial Fibrillation” (REACH-AF) cohort, which included national retrospective data. Patients (N=43,789) with incident, nonvalvular AF who had enrolled in VA or Medicare between 2010-2018 were evaluated for anticoagulant initiation.

The study data may not be generalizable, as the majority of information was sourced through the VA and was gender biased.

The findings suggest that there is a lower initiation of OAC among Black patients and DOAC use in Black and Hispanic patients with AF.  Researchers also observed that Medicare Part D enrollment did not moderate the link between racial and ethnic differences and anticoagulant therapy.

“Understanding why anticoagulant disparities persist in a sample of patients with ample access to medical care is critical to ensuring equitable AF management in VA,” the study authors noted. “Such understanding will also guide the design and implementation of policy-level interventions to reduce disparities in anticoagulation for AF.” 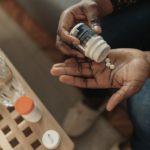 USPSTF Draft Recommendation on Aspirin: What Approach Should Clinicians Take?