Among direct oral anticoagulants (DOACs) for atrial fibrillation, apixaban may carry a lower risk for gastrointestinal bleeding than dabigatran, edoxaban, and rivaroxaban, according to new findings published in the Annals of Internal Medicine. Risks for ischemic stroke/systemic embolism and intracranial hemorrhage appear similar among DOACs. These results applied to patients with chronic kidney disease (CKD) and those aged 80 years or older.

In an observational study of 527,226 new DOAC users in France, Germany, the United Kingdom, and the United States, apixaban was significantly associated with a 19%, 23%, and 28% lower risk for gastrointestinal bleeding compared with dabigatran, edoxaban, and rivaroxaban, respectively, after propensity score-based adjustments, Ian C.K. Wong, PhD, of The University of Hong Kong, and colleagues reported.

In subgroup analyses, apixaban was significantly associated with a 28%, 32%, 36%, and 32% lower risk for gastrointestinal bleeding compared with rivaroxaban among patients receiving standard-dose DOAC therapy, reduced-dose DOAC therapy, those aged 80 years or older, and those with chronic kidney disease, respectively, the investigators reported.

“Our results indicate that apixaban might be preferable to other DOACs because of the lower rate of [gastrointestinal bleeding] and similar rates of stroke and [intracranial hemorrhage],” Dr Wong’s team wrote. “However, as with all treatment choices, a wider consideration of all potential risks and benefits would be needed, such as the use of gastroprotective agents in patients with high risk for [gastrointestinal bleeding].” 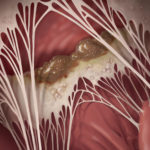