Risk factors for thrombosis were common in adolescent girls experiencing venous thromboembolism (VTE) while on hormonal therapy, according to the results of a new study. Findings of this study were presented at the 2021 American Society of Pediatric Hematology/Oncology (ASPHO) meeting.

In this retrospective analysis, data from patients between the ages of 13 and 19 years were obtained through University of Michigan Health System electronic medical records. Included patients had a VTE diagnosis during therapy containing an estrogen or progestin. Multiple data concerning patient or family history, clinical features, and outcomes were examined.

The researchers had 3 objectives with this study: to identify risk factors associated with VTE in adolescent girls receiving hormonal therapy, to characterize the incidence of bleeding symptoms for patients receiving anticoagulation therapy, and to determine pregnancy rates with regard to changes in hormonal therapy.

The researchers concluded that additional risk factors for thrombosis were identified in most adolescent girls experiencing VTE during hormonal therapy in this study. Anticoagulation therapy was associated with heavy menstrual bleeding in many patients, and pregnancy risk occurred in those who stopped receiving hormonal therapy at the time of diagnosis without an alternative treatment. The researchers recommended early multidisciplinary care directed toward this patient population. 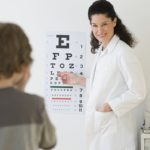