The Food and Drug Administration (FDA) has approved Ultomiris® (ravulizumab-cwvz) for the treatment of adults with generalized myasthenia gravis (gMG) who are anti-acetylcholine receptor (AChR) antibody-positive.

The approval was based on data from a global, multicenter, randomized, double-blind, placebo-controlled study (ClinicalTrials.gov Identifier: NCT03920293) that evaluated the efficacy and safety of Ultomiris in adults with generalized myasthenia gravis who were not previously treated with a complement inhibitor. Patients were randomly assigned to receive either Ultomiris (n=86) or placebo (n=89) via intravenous infusion as a single weight-based loading dose on day 1, followed by regular weight-based maintenance dosing beginning on day 15 every 8 weeks for 26 weeks.

Additionally, 30% of patients treated with Ultomiris had an improvement of at least 5 points in QMG total score compared with 11.3% of those who received placebo (P =.005). Improvements in MG-ADL and QMG scores were observed as early as week 1 and sustained through week 26. The proportion of MG-ADL responders with at least a 3-point improvement at week 26 was also greater for Ultomiris compared with placebo (56.7% vs 34.1%, respectively).

The safety profile of Ultomiris was consistent with that observed in previous studies of paroxysmal nocturnal hemoglobinuria and atypical hemolytic uremic syndrome. The most common adverse events were diarrhea and upper respiratory tract infection.

“Ultomiris, the only long-acting C5 inhibitor, will benefit a broader range of patients, including those with milder symptoms,” said Marc Dunoyer, Chief Executive Officer, Alexion. “As presented at the 2022 American Academy of Neurology Annual Meeting, Ultomiris has demonstrated clinical benefit through 60 weeks, with treatment every 8 weeks, compared to Soliris every 2 weeks.”

Findings from the open-label extension study showed that Ultomiris demonstrated statistically significant improvements from baseline (defined as initiation of Ultomiris therapy) in measures of functional activity, muscle strength and quality of life at 60 weeks. 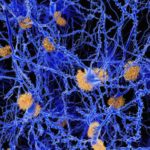