A cross-sectional analysis of patients with cancer was performed in radiation oncology clinics in Australia and Vietnam. In this study, patients were administered a standardized 25-item survey assessing their perceptions of what caused their cancer.

The module included items on known evidence-based causes of cancer, such as smoking and sun exposure, and non-evidence-based perceptions of cancer causes, including stress or anxiety, physical injury, or trauma. Researchers compared the 2 countries to identify differences in how patients’ perceived their cancers to have come about.

A suggested limitation of the survey was the utilization of identical surveys in both populations, despite its potentially culturally inappropriate modes of delivery and its subsequent bias. In addition, the collection of only quantitative data of patients’ perceptions rather than their qualitative beliefs may be another limitation of the research.

“Being aware of the issues that are being highly publicized in the media may assist health-care providers in addressing any misconceptions that patients may hold,” the researchers concluded.

Hall A, Nguyen SM, Mackenzie L, et al. What caused my cancer? Cancer patients’ perceptions on what may have contributed to the development of their cancer: a cross-sectional, cross-country comparison study. Cancer Control. 2019;26(1):1073274819863786. 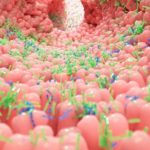