Certain sociodemographic factors are associated with rates of passing board examinations for general surgery trainees, according to study data published in JAMA Surgery. Specifically, resident race, ethnicity, sex, and family status at internship correlated with performance on examinations. Researchers suggest that efforts to address these discrepancies at the institutional level are needed to better represent minority groups in the field of academic surgery.

This prospective observational cohort enrolled 1048 general surgery trainees in the 2007 to 2008 entering class at multiple programs across the United States. Trainees completed a baseline survey that queried sociodemographic and program characteristics. Interns were followed up after 8 years. The primary outcome measure was the pass rate for American Board of Surgery-administered qualifying and certifying examinations. A multinomial regression analysis was performed to identify associations between trainee characteristics and the likelihood of attempting or passing an examination. Logistic regression analyses were used to calculate the likelihood of passing examinations on the first attempt, expressed as odds ratios (ORs).

These data highlight significant correlations between trainee demographics and American Board of Surgery passage rates. As for study limitations, investigators noted that their surveys could not capture intern study habits, nor intern performance on prior standardized examinations. Even so, these results support recent efforts from the American Board of Surgery to reduce unconscious and implicit bias among board examiners. Though, further inquiry into the factors influencing the rate of passing board examinations discrepancies is needed. 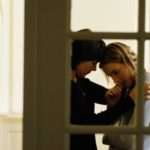