In children with refractory epilepsy undergoing hemispherectomy, major brain networks that control walking, talking, and other skills found in healthy brains appear to remain intact into adulthood, according to a case series published in Cell Reports.

A total of 6 adults who had undergone a hemispherectomy during childhood (age range, 3 months-11 years) underwent MRI scanning to measure resting-state functional network activity in the brain. The intrinsic functional architecture in intact hemispheres of patients were compared with a control sample. A second control data set of approximately 1500 typical brains from the Brain Genomics Superstruct Project was also used to provide generalizable findings. Brain network regions involved with vision, emotion, cognition, and movement were assessed and compared to the control populations.

Although the researchers initially hypothesized that patients with only 1 brain hemisphere would have weaker connections within the measured networks, they instead discovered relatively normal connectivity in these regions. In fact, there were sometimes stronger connections and higher between-network connectivity in patients who underwent hemispherectomies vs the control groups. Regions of the brain controlling walking, for instance, demonstrated more frequent communication to areas controlling talking compared with in control individuals. These findings suggest the brain reorganizes and rewires itself after surgery to compensate for the lack of a physical hemisphere.

A limitation of the study was the small sample size of patients who had undergone a hemispherectomy; however, researchers attempted to address this by presenting group-wise and subject-wise data compared with a large group of carefully matched control individuals.

Findings from this study may suggest that “intrinsic mechanisms of brain organization in only half of the typically available cortex can be sufficient to support extensive cognitive compensation,” the researchers wrote. 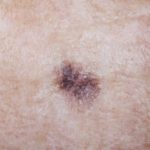