An overall lack of representation for people with skin of color in the dermatologic literature may be associated with increased risks for misdiagnoses of capillary malformations in patients with darker skin phototypes, according to findings from 4 case reports published in Pediatric Dermatology.

The researchers summarized 4 case reports which described children/adolescents who were Black or Indigenous and People of Color (BIPOC) who presented with syndromic capillary malformations. The first 2 patients were 6- and 11-year-old siblings who were of African, Ashkenazi Jewish, German, Polish, and Russian descent. A sibling (Patient 1) presented with small and irregularly shaped, reddish-brown patches on the bilateral legs, right infraorbital cheek, right frontal scalp, and right hand at age 14 months. The patient had more than 20 patches on the face, trunk, and extremities at follow-up. In contrast, the second sibling (Patient 2) had reddish-brown patches on his left nasal ala, philtrum, bilateral legs, right hand, and 4th finger at age 5 years, with similar patches found on his trunk at follow-up.

In addition, the researchers described the Patient 3 as a 15-year-old Black girl who had vascular birthmarks on the face and presumed café au lait macules (CALMs) on the trunk and extremities. At 5 years of age, Patient 3 also had a reddish-brown patch on the forehead as well as reddish-brown telangiectatic patches on the torso and upper extremities. Dermoscopy revealed that the lesions demonstrated homogeneous brown pigmentation along “with subtle telangiectasia, homogeneous brown pigmentation, or a reticular pigment network with more prominent fine telangiectasias,” the researchers wrote. Biopsy was considered consistent with CALMS, and genetic testing showed a heterozygous pathogenic variant in RASA1 (c.1659C>Asp. Tyr553Term), therefore confirming a capillary malformation-arteriovenous malformation diagnosis.

According to the researchers, although the underlying pigmentation in capillary malformation-arteriovenous malformations may be seen under dermoscopy in BIPOC, findings may be more subtle in this population. The investigators added that their clinical experience shows that patients with darker skin phototypes may more often have capillary malformations that have been previously misdiagnosed as CALMs. The researchers explained that “the absence of a vascular pattern under dermoscopy in CALMs can help differentiate” the 2disorders.

In addition, the researchers noted that misdiagnosis could result in “an unnecessary workup for neurofibromatosis or Legius syndrome and omission of the appropriate imaging evaluations for patients with syndromic capillary malformations.” As such, the investigators emphasized the importance of reporting disorders in varying skin phototypes in the literature “to enhance recognition and improve diagnosis and treatment in BIPOC individuals.” 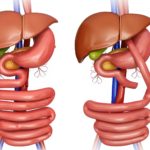 Country of Birth, Marital Status, and Sex are Strong Predictors of Obesity