Men who have first-degree relatives affected by prostate cancer should start screening from 3 to 12 years earlier than the general population depending on their level of risk, according to investigators.

Current guidelines recommend earlier screening for men with a family history of prostate cancer, but the proposed screening ages are typically based on limited evidence and expert opinion.

To fill in the evidence gap, Mahdi Fallah, MD, PhD, of the German Cancer Research Center (DKFZ) in Heidelberg, Germany, and colleagues studied 6,343,727 men living in Sweden. Of the cohort, 88,999 men were diagnosed with stage 3 or 4 prostate cancer or died from the disease.

The investigators calculated that the 10-year cumulative risk of stage 3, 4, or fatal prostate cancer in the general population using age 50 years as the benchmark was 0.2%. Men with 2 or more first-degree relatives (eg, a father, brother, or son) diagnosed with prostate cancer reached this risk level at 41 years of age when the youngest affected relative was diagnosed before age 60, or at 43 years of age when all affected relatives were diagnosed after age 59, Dr Fallah’s team reported in PLOS One. Men with 1 affected first-degree relative reached this risk level at age 43, 45, and 47 when the relative was diagnosed before age 60, age 60 to 69, and age 70 or older, respectively.

The investigators compared their risk-adapted starting ages with those offered in guidelines, such as from the US Preventive Services Task Force and American Urological Association, and found differences of −2 to 11 years.

Dr Fallah’s team wrote that their findings could be used for evidence-based personalized prostate cancer screening guidance and supplement current screening guidelines for relatives of patients affected by the disease.

The study authors acknowledged that the Swedish population is relatively homogeneous and genetic data were lacking, so their findings require validation. 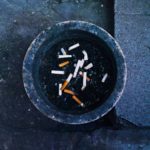