The database contained weekly reports from high school athletic trainers regarding injury incidence and athlete exposure. Detailed injury reports including body part affected, diagnosis, mechanism, activity, position, and recurrence were also included. A reportable exposure was defined as 1 athlete participating in 1 practice or competition. Inclusion criteria for concussion included 1) an injury which occurred during practice or competition, 2) an injury which required medical attention, and 3) a reported diagnosis of concussion.

Assessment for mechanism of injury revealed 62.3% were caused by athlete-to-athlete contact, 17.5% by athlete-to-surface contact, and 15.8% by athlete-to-equipment contact. Recurrent concussions occurred more frequently in girls than boys (9.3% vs 6.4%) in sex-comparable sports. Overall, the highest rates of concussion recurrence were in boys’ ice hockey (14.4%), boys’ lacrosse (12.1%), and girls’ field hockey (12.1%). Over the study periods, a decrease in recurrent concussions across all sports (average -0.03 per 10,000 athlete exposures) was found, with the greatest decrease in boys’ football (-0.13 per 10,000 athlete exposures).

Limitations of the study included the use of data from only high schools with athletic trainers and potential underreporting of injury or symptoms by athletes. The use of 1 practice or 1 competition for the definition of an athlete exposure rather than time spent in athletic activity may have further limited these findings. 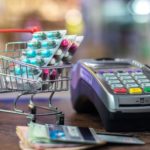