After decades of limited research and legal roadblocks to medical and recreational use, psychedelic drugs are rapidly remerging as treatments of interest in psychiatry. Cannabis for medical use is widely available across the United States, and in the 2020 elections, a number of states relaxed drug laws, with Oregon allowing psychedelic treatments at medical centers.1

These legal changes, particularly regarding nonmedical or recreational use, will have many physicians worried about the development of substance use disorders in broad swathes of the population. However, relaxed regulations may offer an opportunity to learn more about how the diverse range of psychedelic drugs can be applied as treatments in psychiatric settings.2-4

The first part of this series of articles (Psychedelic Drugs: Lessons From Ketamine and Psilocybin) explored a couple of very different psychedelic treatments for psychiatric disorders, namely esketamine and psilocybin-based treatments for major depressive disorder (MDD).5 Whereas the development of esketamine has focused on a fast-acting, novel treatment mechanism, psilocybin-assisted psychotherapy has emphasized hallucinogenic properties as a means of confronting complex psychological processes. These drugs also differ in terms of their medical histories — ketamine has been used for anesthesia and magic mushroom-derived psilocybin has mostly been applied recreationally in nonmedical settings.3-5

Alongside psilocybin, 3,4-Methylenedioxymethamphetamine (MDMA) is considered to be the most studied psychedelic treatment, according to a review published in The American Journal of Psychiatry, and promising findings in terms of efficacy and safety warrant further research on MDMA-assisted treatments for posttraumatic stress disorder (PTSD).6-8 Furthermore, MDMA-assisted psychotherapy has demonstrated considerable cost-effectiveness in a recent study published in PLoS One.9

A recent New York Times16 article reported on a study about MDMA and PTSD to be published later this month in Nature Medicine. The study found that patients with severe PTSD who received MDMA during therapy had a significantly greater reduction in the severity of their symptoms compared with those who did not receive therapy and received an inactive placebo. Two months after treatment, 67 percent of participants in the MDMA group no longer qualified for a diagnosis of PTSD, compared with 32 percent in the placebo group. In addition, the study found no serious side effects, although some participants temporarily experienced mild symptoms like nausea and loss of appetite.

Much of the groundbreaking work on psychedelic-assisted psychotherapy has been funded and conducted by the Multidisciplinary Association for Psychedelic Studies (MAPS), a nonprofit research center that has been a leading advocate for psychedelic treatments in medical settings since its founding in 1986. Given the considerable restrictions on certain substances under federal drug scheduling, MAPS has advocated for improved access for researchers trying to study psychedelic drugs. In particular, MAPS has explored the emerging medical applications of MDMA and cannabis.8-11 Although both substances may fall under the label of psychedelics and share a history of medical and recreational use, their risks, mechanisms of action, and methods of treatment differ greatly.2-3

MAPS recently filed a Massachusetts lawsuit against the Drug Enforcement Administration (DEA) and the Attorney General in an attempt to force the DEA to process applications for marijuana production licenses to conduct clinical trials.12 In a press release, MAPS noted that clinical trials are limited by the current sole licensee and source of marijuana for studies, with researchers arguing that its “poor quality” and “limited variability” are not comparable to “cannabis currently available through either state-regulated markets or informal markets”.12

In this second part of the series, we spoke with Dr Michael Mithoefer, Senior Medical Director for Medical Affairs, Training, and Supervision at the Multidisciplinary Association for Psychedelic Studies (MAPS).13 Dr Mithoefer has worked on phase 2 trials of MDMA-assisted psychotherapy and trains therapists in these experimental techniques.8,13 He practices and conducts research in Asheville, North Carolina and Charleston, South Carolina and prior to specializing in psychiatry Dr Mithoefer practiced emergency medicine.

We also spoke with Sara Gael, MA, a Harm Reduction Officer with the Zendo Project and former Director of Harm Reduction at MAPS. She has served as a therapist on MAPS clinical trials for MDMA-assisted psychotherapy for PTSD and specializes in trauma.

Why do you think psychedelics have become a major area of research in psychiatry? Over the course of your career, what have been the main challenges to making them seriously considered as treatments in the field?

Michael Mithoefer, MD: Psychiatry was once focused largely on psychotherapy, but when pharmacological agents were developed there was optimism that they would be effective treatments and there would be steady advance in this area. Unfortunately, even though they were helpful for some conditions, in many cases they suppressed symptoms rather than meeting the hopes expressed in the names given to the drugs such as “antipsychotics, antidepressants and antianxiety drugs.”

In fact, they fell far short of curing well-understood diseases the way antibiotics and many other drugs can, and little by little many therapists and psychiatrists became increasingly disappointed in the available treatments for many psychiatric disorders and frustrated that they didn’t have more effective treatments for their patients.

The studies that explored psychedelics (often LSD) before they became illegal had been quite promising and there was a lot of interest in mainstream psychiatry until they were made illegal. When we and other researchers started publishing rigorous studies in respected journals our results were at first greeted with skepticism, but as the data accumulated and people became better informed about the science, there was a hunger for better treatments.

Sara Gael, MA: We are in dire need of effective treatments and solutions in the mental health field. We are experiencing an unprecedented mental health crisis on this planet, which cannot be extricated from the larger systemic issues our society is facing on social, political, and environmental levels.

We can no longer treat mental health as an isolated factor, but one that is connected to and interwoven within a complex and dynamic web. We can no longer afford, as a society, to view and treat mental and emotional health by addressing just the symptoms. We have deep collective trauma that has amassed over centuries. Psychedelic therapy and treatment have the potential to treat some of the root causes of distress and suffering, including this multi-generational trauma.

How do you think psychedelics can be incorporated into existing systems of care? When and where do you see these treatments eventually being used?

MM: I think it is likely to be incorporated in a number of different ways.  If MDMA is approved, some treatment will probably happen in private clinics, some at academic centers, and hopefully some in specialized centers dedicated to research and treatment.

What makes psychedelics different from more traditional psychiatric medications? How will the study, production, and implementation of psychedelic treatments differ in relation to the pharmaceutical industry and regulatory bodies?

The difference in the research and production of MDMA is strikingly different from most pharmaceutical drug development in that it is done through a non-profit/public benefit model without any government or industry funding. There are articles about that in the MAPS bulletin that are available without charge at the MAPS website.

SG: Psychedelic therapy has the potential to address some of the root causes of psychological distress, including trauma. Traditional psychiatric medications can be very helpful for symptom relief and work for many people. For some, traditional medications are not entirely effective or carry with them unwanted side effects.

Rather than being used in an ongoing manner, psychedelics are more likely to be used for a determined period of time or at certain intervals. They are also much more likely to be taken as an adjunct to psychotherapy and not on their own.

Medical marijuana has demonstrated promising effects for patients with PTSD, but it has also been linked to psychosis. Are there other disorders that you think medical marijuana could safely treat? Do you have any concerns about misuse?

MM: There is always concern about misuse. Wise use and setting are very important in determining the results and the safety.  The MAPS study of cannabis for PTSD did not show an effect over placebo, but additional studies are planned.  There is quite a bit of research about other indications.

MAPS has done pioneering work on MDMA-assisted psychotherapy for PTSD, with patients receiving a small number of doses in a targeted treatment. How does the treatment regimen work, and what are the next steps for trials?

MM: Please see some of our papers for the details of the treatment course and some hypotheses about mechanism.7 Another good source is a book that just came out that has a chapter my wife and I wrote about MDMA, the Handbook of Medical Hallucinogens, edited by Charles S Grob and Jim Grigsby and published by Guilford Press.14 Our chapter has quite a few reflections about the nature of the therapeutic process.  The approach is also described in detail in our treatment manual that is also available at the MAPS website.10

You have also helped therapists complete a training program in MDMA therapy. What have you learned by training therapists, and what resources are needed to make this treatment accessible and available?

MM: We’ve now trained over a thousand therapists in the method described in the manual, and we’re in the process of redesigning our training program and bringing on more trainers so we can scale up the training to meet anticipated demand. We’ve found that watching and discussing videos from research sessions, role play and then supervision of their first treatments has led to good results. We think another important element is that therapists do enough of their own inner work to allow them to maintain empathic presence during 8 hour sessions that can be very emotionally intense.

How can physicians and researchers develop a sense of trust and security with patients who may be skeptical of psychedelics? Have you faced any challenges with patients during trials?

MM: This is why preparation sessions are so important. If therapists have a deep understanding of and trust in an individual’s innate capacity for healing, along with an awareness of potential challenges and experience with supporting people in facing them, then they can help the patient develop a greater sense of trust. Part of this is exploring and addressing, in an unhurried and empathic way, any concerns or questions the patient may have.

The FDA has approved intranasal esketamine for the treatment of refractory depression. What are the implications of esketamine’s approval on psychedelic drugs more broadly?

MM: This is an example of the problem with for-profit drug development. Generic ketamine works as well as esketamine and costs a few dollars rather than a few thousand dollars, so the only reason for developing esketamine was that ketamine was off patent. Also, esketmine is usually used without psychotherapy. There should be studies (and there are some happening now) to see if adding psychotherapy to ketamine would lead to more durable results, instead of wearing off in a week or two.

In the past election, many states passed more lenient drug legislation. What are the implications of this shift and why do you think the general public has become more open to the use and study of previously illicit drugs?

MM: [That’s a] very complicated question —  I think part of it is a result of the media educating people about the scientific results. Michael Pollan’s book has certainly been part of it.15 A generation is coming along who doesn’t carry the fears and misconceptions and misinformation from the Nixon years, and I suspect part of it is that on some level, it makes intuitive sense to people that there’s potentially more richness to psychological growth and healing than simply administering a drug.

15. Pollan M. How to Change Your Mind: What the New Science of Psychedelics Teaches Us About Consciousness, Dying, Addiction, Depression, and Transcendence. Penguin Press; 2018. 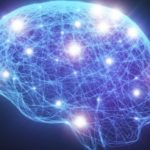 Novel, Rare Variants Associated With Alzheimer Disease and Replicated in an Independent Cohort