Patients with migraine showed differences in several personality traits compared with patients with medication-overuse headache (MOH), according to a study published in Acta Neurologica Scandinavica.

Limitations of this study include the use of a brief questionnaire rather than the longer NEO Personality Inventory Revised questionnaire, which would have enabled investigation of personality and the 5 dominant traits according to the 5-factor model of personality.

Women with MOH appeared to be more introverted and less socially-oriented than women with migraine, while men had more comparable personality traits across diagnostic groups. If this information were to be confirmed in larger studies, it could be used to tailor treatment planning and management of patients with headache in clinical practice.

One author acknowledges conflicts of interest. Please see reference for the full list of disclosures.

Drug Misuse Medicine Migraine and Headache
Next post in News 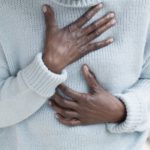 Risk Tool Can Predict Heart Failure in Patients With Diabetes