Increasing representation of minority groups is especially important in the oncology workforce, according to Dr Winkfield.

“As we know, oncologic care is very complex, often requiring several specialists to create a multidisciplinary care plan,” she said. “Having just 1 person on the team that patients of color can relate to can significantly ease some of the tension in what is already a very difficult time in the life of the patient and their family member or caregiver.”

Dr Winkfield noted that institutions can influence progress toward increasing diversity in the field even if they are not directly involved in the selection of medical students, residents, or oncology fellows.

For example, the American Society of Clinical Oncology (ASCO) has created multiple award programs and other opportunities for medical students from underrepresented groups to gain financial and professional support as well as oncology exposure.1 Newer ASCO programs include a 4-week summer oncology internship and a 6- to 12-month mentoring program.

The American Society of Hematology (ASH) has created similar programs under the umbrella of the ASH Minority Recruitment Initiative. As one example, the Minority Medical Student Award Program gives underrepresented medical students the opportunity to conduct a research project under the supervision of an ASH member and receive guidance from a career-development mentor.3

More Work to Be Done

Though the aforementioned initiatives to promote diversity are a step in the right direction, Dr Winkfield emphasized that further action is needed by a range of stakeholders. For example, graduate physician training programs receive government funding to support diversity and inclusion and should be held accountable for meeting these goals.

Pharmaceutical companies should encourage diversity among researchers involved in their drug trials, and the National Institutes of Health (NIH) can do more to promote diversity as well, Dr Winkfield added.

She noted that phase 1 and 2 NIH trials are “often held at the same handful of institutions that have done very little to address workforce diversity and inclusion and certainly have few efforts to ensure career success of the handful of Black and Brown providers and researchers at those institutions.”

“Stakeholders that hold the incentives — such as money — can start to speak to the importance of workforce diversity as a means to reduce disparities while linking funding with clear and specific goals,” Dr Winkfield added.

In a 2020 paper, Dr Winkfield and colleagues from universities across the United States outlined ways to reduce the marginalization of Black professionals in the field.5 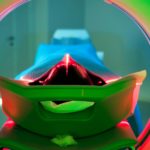 How to Prevent COVID-19 Vaccination From Interfering With Cancer Imaging