While women who have had abortions may be at a higher risk for non-fatal suicide attempts compared with women who have not had an abortion, the increased risk of attempting suicide is present both before and after the abortion, suggesting that having an abortion is not the primary contributor to this risk,  according to study results published in Lancet Psychiatry.

To overcome the limitations of self-reported studies examining suicide risk, researchers used Danish population registries with linked data of women born between January 1, 1980 and December 30, 1998 (N=523,280; age range, 18 to 36 years). A follow-up period was established on each woman’s 18th birthday or January 1, 2000, whichever came last, and ended on the first suicide attempt, date of emigration from Denmark, date of death, or December 31, 2016.

The study investigators suggest the findings are limited in that they may not be generalizable to areas in which abortion is legally restricted, such as the United States.

Based on their results, the researchers conclude that “policies based on the notion that abortion increases women’s risk of suicide attempts are misinformed.” 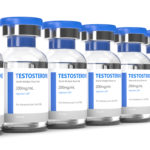