Survey data published in JAMA Internal Medicine indicate that biased behavior on the part of patients had a significant negative impact on physicians and trainees. Survey participants expressed a need for institutional policies and training programs to navigate patient bias.

Investigators conducted a qualitative investigation of physician and trainee experiences with patient bias. Convenience samples of physicians, residents, and students were recruited from the University of California, San Francisco School of Medicine. A total of 13 focus groups were held between May 9 and October 15, 2018, at which participants described their experiences. Focus groups were transcribed and coded by 2 independent investigators. The constant comparative approach was used to identify major themes regarding types of encounters, emotional toll of bias, and barriers to responding to bias.

Many participants reported difficulties learning or focusing in the presence of patient bias, although others indicated that such experiences improved their self-efficacy and determination. Participants described several barriers to confronting patient bias, including clinical priorities, fear of eroding the “therapeutic alliance,” and lack of experience in responding. Most participants expressed a desire for training or education on responding to biased patients. Additionally, participants endorsed the prospect of institutional guidelines for response to bias.

As a qualitative study conducted at a single institution, results may not be generalizable to healthcare professionals as a whole. Even so, focus group data describe the substantial burden of patient bias in healthcare settings. “Addressing demeaning behavior from patients will require a concerted effort from medical schools and hospital leadership to create an environment that respects the diversity of patients and physicians alike,” investigators wrote. 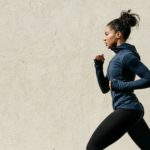 Most Teens Worldwide Are Not Exercising Enough