The use of multi-target stool DNA (mt-sDNA) as an interval test for post-colonoscopy colorectal cancers had a high positive predictive value (PPV) and warrants further study, according to results published in Clinical and Translational Gastroenterology.

The PPV of mt-sDNA for the endpoints of any colorectal neoplasia, advanced adenoma, right-sided neoplasia, sessile serrated polyps, and colorectal cancer were assessed using a retrospective cohort. A total of 850 patients with positive mt-sDNA after a previous negative colonoscopy were included.

Comparisons of these neoplasia endpoints with average-risk patients whose previous colonoscopy was inadequate for colorectal cancer screening revealed no significant differences. There was a greater detection of neoplasia in those at increased risk undergoing surveillance vs those at high-risk with a previous incomplete examination (P =.05).

This study was limited by its retrospective design, leading to a lack of control regarding which patients and providers opted for early screening or used mt-sDNA for surveillance. Additionally, certain markers of colonoscopy quality were not recorded in initial reports.

According to investigators, these results suggest, “that lesions were likely missed on previous examination or may have arisen de novo.” They concluded that, “prospective studies to evaluate mt-sDNA as an interval test between screening colonoscopies are warranted.” 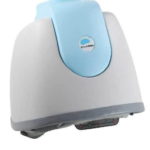