Immune checkpoint inhibitors (ICIs) may be superior to chemotherapy as second-line treatment for malignant pleural mesothelioma (MPM), according to research published in Lung Cancer.

The researchers noted that ICIs have produced mixed results as second-line therapy in MPM trials, so the team set out to evaluate the effectiveness of second-line ICIs in a real-world setting.

The researchers conducted a retrospective cohort study of 176 patients with MPM who received second-line therapy from 2015 to 2019. The patients’ median age was 75 years, 77% of patients were White, 74% were men, and 67% had epithelioid histology.

“Our findings suggest that ICI may benefit patients with advanced MPM and progression after initial platinum-based chemotherapy,” the researchers wrote. “Further investigation is needed to determine the role of ICI therapy in MPM patients with disease progression after first-line therapy and if outcomes vary by histologic subtype.” 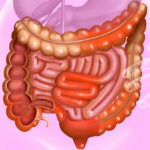