HealthDay News — Medicare could save billions of dollars if secondary fractures could be prevented with improved osteoporosis screening, according to a new National Osteoporosis Foundation report conducted by Milliman.

Milliman used administrative medical claims data from a Medicare Limited Data Set to identify new osteoporotic fractures not associated with a high-trauma event among Medicare fee-for-service beneficiaries in 2015. The postfracture follow-up period to assess the economic and clinical burden associated with fractures lasted 2 to 3 years.

“Increased focus on the identification and management of individuals who have experienced an osteoporotic fracture through a secondary fracture prevention program may lead to reduced rates of subsequent fractures and result in cost savings to payers, such as Medicare,” the authors write. 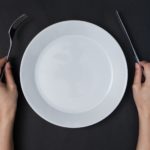 Food Insecurity May Increase Risk for Prediabetes in US Adolescents