Cannabinoids have become increasingly used for multiple conditions within the last several years, including inflammatory bowel disease (IBD) of which ulcerative colitis (UC) and Crohn disease (CD) are categorized under. Between 10-12% of patients with IBD are active users.1,2 While most patients with IBD have utilized cannabinoids to treat associated symptoms such as nausea, abdominal pain, and loss of appetite, there are some who attempt to use it as their primary form of treatment.

Patients with IBD are frequently on multiple medications that have side effects, such as biologics and immunomodulators, for which cannabis is used to help ameliorate these symptoms. In addition, certain patients and physicians may be concerned with potential adverse events (AEs) from both short and long-term use of these treatments, for which cannabinoids may be thought of as a “sparing” adjunctive treatment. Even if patients are adherent to their treatments, up to 30-40% can experience loss of response. Therefore, cannabinoids may be looked to as an adjunctive treatment.3

The most biologically active cannabinoid molecules include delta-9-tetrahydrocannabinol (THC) and cannabidiol (CBD).2,3 Cannabinoids target receptors both in the central nervous system (CNS) and the gastrointestinal tract (GIT).3 The exact physiology and pharmacology is not completely understood, but its end effects involve pain modulation, decreased GIT motility, attenuation of the immune system, anti-inflammatory properties, and decreased intestinal permeability and secretions.2,3

As the regulatory environment continues to evolve, there are increasing data evaluating cannabinoids in patients with IBD. Unfortunately, many of the available studies are not randomized, are unblended, and include relatively small sample sizes. Therefore it can be very challenging to make formal recommendations to patients regarding routine cannabinoid use.

Doeve et al conducted a systematic review and meta-analysis evaluating cannabinoids in patients with IBD.3 This review included 20 studies, though only 5 were randomized controlled trials (RCTs).  Of the 146 randomized patients included in the primary analysis, cannabinoids were not found to be effective at inducing remission (risk ratio [RR] = 1.56; 95% CI, 0.99-2.46). In addition, cannabinoids had no significant impact on inflammatory biomarkers, including C-reactive protein (CRP) and fecal calprotectin (FCP). Clinical symptoms and quality of life (QOL) did improve with cannabinoids, with abdominal pain having the most improvement. The only IBD complications reduced by cannabinoids included hospital length of stay (by approximately 1 day) and risk of parenteral nutrition.

A Cochrane review of cannabis use in patients with UC was not able to state any formal conclusions based on the limited number of RCTs available.4 Only 2 RCTs that included 92 patients met the inclusion criteria to include in this review. There were no convincing data to support significant clinical efficacy when compared with placebo. AEs in one RCT were frequently reported by patients receiving cannabis. However, most of these were mild and not serious. Common AEs included dizziness, decreased attention, nausea, fatigue, and headache.

Kafil et al conducted a similar Cochrane review evaluating cannabis for the treatment of CD.4 Three RCTs that included 93 patients were included in the review. These studies were relatively small and difficult to draw formal conclusions from. The authors concluded that the exact effects of cannabis on CD are not entirely known and therefore formal recommendations on safety and efficacy could not be made.

Although not many definitive conclusions could be made from the Cochrane reviews, it was relatively apparent that many patients reported mild adverse events. One retrospective study conducted by Storr et al found that cannabis use for more than 6 months was a significant predictor of requiring surgery in patients with CD (adjusted odds ratio, 5.03; 95% CI, 1.45-17.46).5 This study also found that side effects were relatively common, with > 75% of patients reporting them. Side effects included anxiety, increased appetite, drowsiness, and a “high” feeling.  Although there was a high rate of side effects, most cases were considered mild. Cannabis use was not associated with hospitalization for IBD within the past year. Chronic marijuana use can also lead to cannabinoid hyperemesis syndrome (CHS) in certain patients, of which some symptoms may overlap with IBD flare symptoms, including abdominal pain, nausea, and vomiting.

At this point, it may be too early to formally recommend routine cannabinoid use for patients with IBD. Future studies will hopefully clarify its role within IBD, specifically as an adjunctive therapy. In the interim, it is critical to ask patients about potential use, as some may be hesitant to share this information during an encounter. This is especially important if patients are also reporting symptoms consistent with an IBD flare. In order to differentiate between cannabinoid-associated adverse events and an IBD flare, further evaluation may include checking CRP and FCP, imaging (computed tomography, magnetic resonance enterography) and/or colonoscopy. Since there is significant variability between preparations and routes of administration, it will be challenging to easily track and compare cannabinoid impacts among patients. All patients who inquire about cannabinoid use should also be encouraged to thoroughly review local, state, and federal regulations. 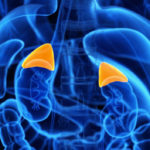