A Research Letter published in JAMA Network Open discussed newspaper adherence to media reporting guidelines following the deaths of Kate Spade and Anthony Bourdain by suicide. First introduced in 2001, reporting guidelines on suicide are intended to combat the known association between suicide coverage in the media and increased risk for subsequent suicide. In the present study, however, none of the publications that were examined completely adhered to guidelines in reporting the deaths of 2 high-profile individuals.

Investigators selected 10 newspapers for review: Chicago Tribune, Denver Post, Houston Chronicle, Los Angeles Times, New York Times, Seattle Times, Tampa Bay Times, USA Today, Wall Street Journal, and Washington Post. A total of 3 reviewers were provided with articles about Spade and Bourdain from June 6, 2018 and June 9, 2018, respectively. Newspaper names were removed from reviewed clippings to avoid bias and reviewers independently assessed adherence to 14 recommendations from the Reporting on Suicide and the American Foundation for Suicide Prevention. Final consensus was obtained by discussion. Interrater agreement prior to consensus was excellent (Cohen κ = 0.893). Scores of at least 12, denoting adherence to ≥80% of recommendations, were set as the “high-fidelity” threshold. A paired t-test was conducted to compare adherence across newspapers for both deaths.

Overall, newspapers adhered to a mean (standard deviation [SD]) of 7.4 (1.4) out of 14 guidelines. None of the publications reached the high-fidelity threshold. A higher mean (SD) adherence score was observed for reporting on Bourdain’s death compared with Spade’s death (8.0 [1.4] vs 6.8 [1.0]; P =.03). Investigators hypothesized that criticism levied against the reporting on Spade’s death may have improved guideline adherence in reporting on Bourdain’s death. Just 2 of 14 guidelines were adhered to by all 10 publications: (1) “[avoid] referring to suicide as a growing problem [or] epidemic”; and (2) “[avoid] single-cause explanation for suicide death.” Two guidelines were not adhered to by any newspaper: (1) “[share] a hopeful message that suicide is preventable”; and (2) “[convey] that suicidal behaviors can be reduced with mental health…treatment.” An additional 6 guidelines were adhered to by just one-third of publications.

Adherence to suicide death reporting guidelines was low to moderate across 10 major US publications. Of note, these data were extracted from paper publications only, rather than online outlets. In addition, differences in adherence between national and regional newspapers were not assessed.

Investigators endorsed a collaborative effort between US media outlets, mental health advocates, and government agencies to promote adherence to suicide death reporting guidelines, which, according to the investigators, “might reduce preventable harm.” 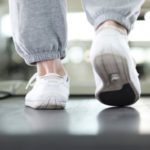