The results of a phase 2 trial published in JAMA Psychiatry indicate that cognitive behavioral therapy (CBT) may have a preventive effect on depression relapse when given as maintenance therapy after recovery from a major depressive episode. However, it is not clear whether the addition of an antidepressant hinders this preventive effect in patients with major depressive disorder (MDD).

Evidence suggests that antidepressant medication and CBT are similarly effective in acute treatment of MDD and combination therapy appears to be more effective in acute depressive episodes than either therapeutic approach alone. However, their efficacy as maintenance therapy, either alone or in combination, is not known.

Robert J DeRubeis, PhD, of the department of psychology, University of Pennsylvania in Philadelphia, and colleagues evaluated the effects of combined CBT-antidepressant treatment on the prevention of depression recurrence when the medications are withdrawn or maintained after recovery. The researchers enrolled in a phase 2 trial 292 adults (mean age, 25.1±12.9 years; 171 women) with MDD who had recovered from a chronic or recurrent major depressive episode during the phase 1 trial of combined CBT-antidepressant medication vs medication alone. In the second trial, the investigators randomly assigned patients to receive maintenance or withdrawal from treatment with antidepressant medication and followed them for 3 years.

In analyses of sustained recovery over 3 years, additional patients from phase 1 were included (n=452; mean age, 43.2±13.1 years; 266 women). Overall, sustained recovery rates were higher in the group assigned to medication maintenance (z, 2.90; odds ratio [OR], 2.54; P =.004). The interaction of phase 1 and phase 2 treatment regimens did not demonstrate a significant association with sustained recovery (z, 0.30; OR, 1.14; P =.77). In the subgroup of patients with non-chronic MDD, medication maintenance was associated with better outcomes compared with medication withdrawal (z, 3.00; OR, 3.49; P =.003), and this finding was replicated in the severe non-chronic subgroup.

The researchers noted that the lack of a CBT-alone treatment group in phase 1 limited the ability to compare their results “with studies in which patients receiving CBT treatment alone experienced a relapse or recurrence prevention effect.”

The study authors argued that their results “cast further doubt on the ability of acute CBT treatment to produce an enduring effect when delivered in the context of combination therapy.” As such, “combining monotherapy with CBT may interfere with any enduring effect CBT treatment may have.”

Disclosures: Multiple study authors reported conflicts of interests due to funding from the pharmaceutical industry. See the original paper for a full list of disclosures. 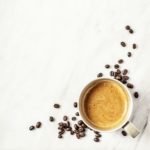