Noninvasive prenatal testing (NIPT) is becoming common around the world. Requiring only a blood draw at 9 to 11 weeks of gestation, NIPT tests for chromosomal abnormalities such as trisomies 21, 18, and 13. In some countries, the simple and safe test is part of routine care or offered through publicly funded programs. In other countries such as the United States, NITP programs are offered through commercial providers. A study published in the Journal of Medical Ethics explored the arguments for and against charging pregnant women for NIPT and the implications of the test’s availability on equal access to care and reproductive autonomy.

There are 2 rationales for charging women and their partners for NITP: to prevent an increase in uptake of screening and to improve informed decision making. When NIPT was first implemented in The Netherlands in 2017, that all Dutch women would take part in the screening was initially seen as a concern. However, even today, many Dutch women do not participate, including mothers of children with Down syndrome who are worried that the condition might disappear from Dutch society as a result of the selective termination of pregnancies based on test results. Since the test was implemented it has been shown that many women decline first-trimester screening, and a large majority of those who received a confirmed Down syndrome diagnosis from 2000 to 2013 continued their pregnancies. Overall, the prevalence of Down syndrome has remained consistent in the past few decades and is unlikely to change as a result of testing. Another reason for charging women and their partners for NIPT is the idea that if the testing were offered free of charge, women might accept it without much consideration or even feel pressured to take part in it. Federal funding could also imply that NIPT is important, thereby “legitimizing” it through the government’s involvement. Some feel that charging women for NIPT will encourage them to deliberate the implications of participating in the screening before accepting, especially in countries where other health services are free.

Although there are valid rationales for charging for tests like NIPT, the idea raises concerns about equal access. Just as women should not feel pressured to undergo screening, they should not be barred from screening because of financial pressure. Payment serves as a barrier to access for socioeconomically disadvantaged women, as do factors like additional visits to a physician. The goal of screening programs is to spread informed choice among women, yet there is no evidence that creating a financial component accomplishes that goal. In fact, the authors argue, financial constraints would only disproportionately affect women of lower socioeconomic status. To that end, they concluded that full reimbursement of NIPT would help ensure equal access to prenatal screening and encourage women to make informed decisions. 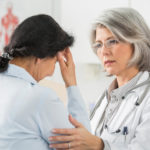