The decline in memory and cognition associated with sleep-disordered breathing and long sleep duration was found to be modified by obesity and metabolic disease, according to the results of a study published in Alzheimer’s and Dementia.

Data were sourced from the Study of Latinos – Investigation of Neurocognitive Aging, which recruited Hispanic adults living in 4 cities in the United States between 2008 and 2011. Study participants were assessed for sociodemographic factors, sleep disorders, and neurocognitive status at baseline and at 7-year follow-up.

Among individuals aged 45 to 54 years, metabolic syndrome was observed to modify the relationship between sleep duration and REI for global cognition (P <.001), processing speed (P =.003), and memory change (P =.021). Among those 65 years and older, obesity was the modifier for global cognition (P <.001), change in memory (P <.001), and the relationship between sleep duration and memory (P =.001).

A significant modifier for gender was observed for global cognition (P =.010). Women who did not have metabolic syndrome, had long sleep, and REI ³15 exhibited the most pronounced decline in global cognitive function.

This study was limited by using self-reported sleep duration and by the small amount of data available for sleep-disordered breathing.

The study authors concluded that the relationship between sleep-disordered breathing and cognition was modified by obesity and metabolic syndrome. Individuals who were middle-aged and did not have metabolic syndrome as well as older individuals with obesity were found to experience more pronounced cognitive decline. 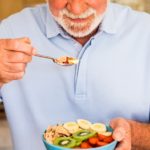