In 2016, the Department of Justice took legal action against 60 prescribers, including 32 individuals, across pain clinics in the state of Tennessee. Although the resulting laws led to providers ceasing or modifying their prescribing behavior, the extent of each change was not known. Researchers conducted a study analyzing the effects of the law on prescriber cessation and modification responses, noting that cessation behaviors can have a dramatic effect on patients, who may transition to illicit opioids if they lack access to a prescriber. The results were published in Drug and Alcohol Dependence.

Researchers collected data from the Tennessee Controlled Substance Monitoring Database and included practitioners and midlevel practitioners who had written more than one opioid prescription during the observation period. Based on the timing of the pain clinic law, a group of 30,580 prescribers were assigned to either a cessation group (7247 prescribers) or modification group (23,333 prescribers), and a risk score was developed for each using number of prepolicy prescriptions written and 5 indicators for risky prescribing behavior. The researchers also considered factors such as the number of prescriptions written compared to the number of patients who received an opioid prescription as well as the days’ supply and morphine milligram equivalent (MME) for each prescription. These resulted in 2 behavior categories: increased risk for diversion and increased risk for patient overdose. The risk scores calculated for each prescriber were on a scale from 0-5, with 0-1 being low risk, 2-3 medium, risk, and 4-5 high risk.

However, researchers acknowledged that they were somewhat limited by the inability to control trends such as retirement or job changes that may have had an impact on prescriber behavior, as well as the close focus on prescribers and changes in their behavior without determining the effects of those changes on patients.

The researchers urge policymakers to consider the 2 primary responses from prescribers: to cease prescribing or modify their prescribing behavior. Although laws have been somewhat successful in encouraging high-risk prescribers to cease writing opioid prescriptions, researchers contend that the consequences of this legislation on patients should also be taken into account. When looking to enact policies to curb high-risk prescribing behavior, policymakers should concurrently consider ways to address the loss of a prescriber on patients. 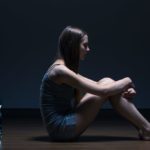