Family history was found to be significantly associated with childhood psychopathy according to the results of a retrospective cross-sectional study. These findings were published in JAMA Psychiatry.

Data from the Adolescent Brain Cognitive Development (ABCD) study version 2.01 (2019) were analyzed by researchers at the Columbia University Irving Medical Center. Children (N=11,200) and parents were recruited from 22 primary and public school system sites in the United States. Family history of first- and second-degree relatives for 9 psychiatric disorders was gathered and children were assessed with the self-administered Kiddie Schedule for Affective Disorders and Schizophrenia (KSADS).

There was little agreement between parent and child reporting (k range, 0.03-0.20).

This study was likely limited by the high parent-child discrepancy for psychiatric disorders.

These data indicated that children with a family history of psychiatric conditions tended to have a higher likelihood of presenting with psychopathy.

Disclosure: Some authors declared affiliations with industry. Please refer to the original article for a full list of disclosures. 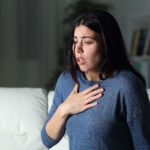