Patients with hematologic malignancies are known to be at risk of severe outcomes from COVID-19, and experts have recommended prioritizing these patients for COVID-19 vaccination.1,2

However, research has suggested that patients with hematologic malignancies may not mount an effective antibody response to vaccination.3

A study recently published in Cancer Cell provides insight into which hematologic malignancies and anticancer treatments confer a greater risk of poor antibody response, as well as which vaccine may be more likely to produce a response in patients with blood cancers.4

Researchers evaluated the anti-SARS-CoV-2 spike protein antibody response in these patients 14 days after they had received a second dose of an mRNA vaccine, either BNT162b2 (Pfizer-BioNTech) or mRNA-1273 (Moderna).

Likewise, 95.1% of patients with multiple myeloma showed at least some antibody response after vaccination, a higher rate than that reported in a previously published cohort.5

On the other hand, patients with B-cell non-Hodgkin lymphomas were less likely to have an antibody response. Rates of seronegativity were 55.6% in mantle cell lymphoma, 25.8% in Waldenstrom’s macroglobulinemia, 22.4% in follicular lymphoma, and 21.2% in diffuse large B-cell lymphoma patients.

Seronegativity was seen in 35.8% of patients with chronic lymphocytic leukemia, and 28% of these patients had not received any anticancer therapy in the past 2 years, a finding that is consistent with previously published results. 6,7

However, the study did show associations between anticancer therapies and antibody response. Anti-CD20 antibodies in particular were associated with a lack of response. For example, 56% of patients treated with rituximab were seronegative, as were 81.9% of patients who received obinutuzumab.

“For patients who are on any kind of treatment that disables B lymphocytes, there is a problem in terms of mounting antibody response to COVID-19 vaccines or the virus itself,” explained Amit Verma, MBBS, director of the Division of Hemato-Oncology in the Montefiore Department of Oncology at Albert Einstein College of Medicine in New York, who was not involved in the study.

Dr Verma noted that these therapies “really blunt the ability of the body to produce an immunoglobulin response.”

Lastly, the study showed differences in antibody response by vaccine type. Multivariate analyses suggested that patients were significantly more likely to have an antibody response to the mRNA-1273 vaccine (Moderna) than to the BNT162b2 vaccine (Pfizer-BioNTech). 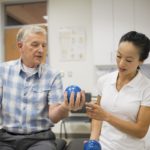