Study data published in PLoS One suggest that gender minority (GM) adolescents may engage in substance use more frequently than their peers. In a longitudinal study of trans and non-binary youth, substance use was reported by over half of respondents and was more frequent in those who endorsed exposure to minority-related stressors and victimization.

Investigators extracted data from the Trans Teen and Family Narratives (TTFN) Project, a longitudinal study of GM adolescents and their family members conducted between December 2015 and March 2019. TFFN enrollees completed an online survey every 6 months for 2 years for a total of 5 survey waves.

The primary outcome was substance use, defined as tobacco, alcohol, and/or marijuana use within the 6 months preceding the survey. Generalized linear mixed effects modeling was used to assess the impact of GM-related stressors on substance use over time. Models were also used to assess the impact of known risk factors, including internalized transphobia and symptoms of anxiety and depression. Protective mediators were also considered, including resilience and gender-related pride. Models were further adjusted for the moderating effects of family functioning, social support, and gender-related community presence.

Internalized transphobia, in turn, also increased the risk for symptoms of anxiety and depression. In mixed effects models, internalized transphobia was a significant mediator of the effect of GM-related stressors on substance use. Regarding protective factors, resilience and gender-related pride predicted lower odds of subsequent substance use, though effects were only significant for tobacco and marijuana use.

Per results from this longitudinal study, GM-related stressors increase the risk for alcohol use among GM adolescents. The relationship between stressors and subsequent alcohol use was mediated significantly by 1 primary risk factor and 2 protective factors: internalized transphobia and resilience and gender-related pride, respectively. Family functioning and social support also reduced the impact of GM stressors on alcohol use risk, though only at low levels of GM-related stressors.

The overall rates of substance use appeared elevated in this cohort compared with known figures in the general adolescent population, though small cohort size limits data generalizability. Further, participants were majority White and of higher socioeconomic status. Additional study in a more representative group of GM adolescents is essential to better examine substance use in this population.

“Findings from this research have implications for intervention efforts to reduce substance use among GM adolescents,” the investigators wrote. “Efforts should focus on addressing internalized transphobia as a risk factor and strengthening resilience, gender-related pride, family functioning, and social support as protective factors for substance use.”

Addiction Gender Dysphoria Substance Use
Next post in News 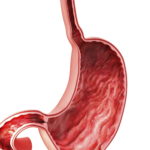