The frequency of alcohol consumption may be a more important risk factor for gastrointestinal (GI) cancer than the amount of alcohol consumed per occasion, according to a study published in JAMA Network Open.1

The study included data from 11,737,467 participants in the Korean National Health Insurance System database. The patients underwent health screening between January 2009 and December 2010, and none of them had cancer at baseline.

Patients were followed until they received a GI cancer diagnosis, died, or reached the cutoff of December 31, 2017. The median follow-up was 6.4 years.

In all, 2.7% of patients developed a GI cancer (esophageal, stomach, colorectal, liver, biliary, or pancreatic cancer).

The researchers also found that the risk of GI cancer increased with the frequency of drinking in a dose-dependent manner (aHR for those who drink everyday=1.39).

Patterns were generally similar across the cancer subtypes.

“The novel finding of the current study is that frequent drinking may be more dangerous than binge drinking with regard to GI cancers,” the researchers wrote. “This finding suggests that repeated alcohol consumption events, even at lower amounts of alcohol, may have a greater carcinogenic effect on GI organs than the consumption of larger amounts of alcohol at a lower frequency.”

In a related editorial,2 John D. Potter, MBBS, PhD, agreed that the study provides “evidence that the frequency of consumption may be more important than the amount of alcohol consumed per session.”

However, he also discussed the possible role of ALDH2, a gene that encodes a major enzyme in alcohol metabolism that is present in an inactive form in about 25% to 35% of Korean individuals.

“This common polymorphism in ALDH2 (ALDH2 rs671 [c.1510G>A (Glu504Lys)]) has paradoxical effects—it increases the level of acetaldehyde in the blood of drinkers, which, in turn, increases the risk of cancer because acetaldehyde is a key player in the carcinogenicity of alcoholic beverages,” Dr Potter wrote.

“On the other hand, the accumulation of acetaldehyde and the resultant flushing response are sufficiently unpleasant that they tend to reduce alcohol consumption among those with the Lys allele,” he added.

Genetic data were not collected in the study, so the role that ALDH2 may play isunclear.

“If there are, indeed, major differences in the biology of Korean binge drinkers, it may not be possible to make easy recommendations about drinking patterns, even in Korea, until there is a better understanding of the nature of behavioral and biological influences on drinking,” Dr Potter wrote. 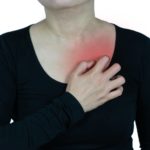 Biomarkers Distinguish Between Subtypes of Myocardial Infarction and Injury