A decrease in obesity rates may reduce the burden of gallbladder and biliary tract cancer (GBTC) worldwide, according to the results of a study published in Cancer.

The study authors used data from the Global Burden of Diseases Study 2017 to identify incidence rates, mortality, and disability-adjusted life years (DALYs) for GBTC from 1990 to 2017.

High BMI was the only risk factor identified for death from GBTC and DALYs. High BMI made up 15.4% of GBTC age-standardized deaths and 16% of DALYs worldwide for 2017.

High-income North America had the largest proportion of age-standardized deaths for men (16.5%) and women (36.8%), while women in high-income Asia Pacific regions (11.4%) and men in eastern sub-Saharan Africa (4.3%) had the smallest.

“Globally, the number of individuals with obesity has risen from 105 million in 1975 to 641 million in 2014. Therefore, to reduce the burden of GBTC, effective prevention programs to decrease the number of individuals with obesity through appropriate strategies, such as encouraging exercise and the consumption of healthy food, are required,” the study authors concluded. 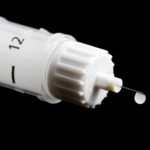