Food insecurity is linked to disordered eating behaviors such as emotional eating and uncontrolled eating in minority populations, according to research presented at the 39th Annual Meeting of The Obesity Society (TOS) at ObesityWeek® 2021. The following is a summary of data from 3 poster presentations supporting this hypothesis.

While more than 14 million US households experience food insecurity, research on the relationship between food insecurity and eating pathology is only just emerging, explained Jill Stadterman, MA, of Fordham University, and lead author of one of the studies with coauthors Yvette G. Karvay, MA, and Natasha L. Burke, PhD. Latinx and Black households are most affected by food security with 1.5-fold and 2-fold higher rates, respectively, than the national average.

To better understand the effects of food insecurity, researchers assessed youth aged 8 to 18 years (n=34; girls, 59%) living in the greater Bronx, New York, area prior to COVID-19. The participants were primarily Black (29%) or Latinx (23%). Participants were categorized as living with food insecurity based on parent reports over the last 12 months. Eating and weight bias symptoms were measured by self-report on the Eating Disorder Examination-Questionnaire and Weight Bias Internalization Scale.

Youth with food insecurity had higher levels of dietary restraint (an ongoing cognitive effort to restrict food intake) than their peers without food insecurity (d =0.66). It is unclear whether this finding is related to lack of access to food, desire to lose weight, and/or eating pathology, the authors noted.

Compared with youth without food insecurity, youth with food insecurity also had a higher BMI percentile (68.7 vs 54.9) and weight bias internalization scores (d =0.32) but lower body dissatisfaction and shape/weight overvaluation scores (d =0.13 for both). Although the associations in this study had small to medium effect sizes, they were not statistically significant due to the small sample size, the study authors explained

“In light of the COVID-19 pandemic, food insecurity rates are rising,” the researchers added. “Thus, the impact of food insecurity on weight status and eating behaviors, particularly in youth … is ever pressing.”

Food insecurity was linked to high levels of uncontrolled eating and dietary restraint in Black women with overweight and obesity, according to research presented by Sarah Schmitz, MD, of Lewis Katz School of Medicine at Temple University. A higher level of dietary restraint was also seen in the earlier study on youths with food insecurity.

“It has been hypothesized that individuals who experience food insecurity alternate between periods of high food availability and food scarcity, a chronic cycle that promotes overeating and obesity when food is available and restrictive eating behaviors when food is scarce,” Dr Schmitz explained.

The findings are based on baseline data collected as part of a clinical trial that included 300 Black women with overweight or obesity in the early postpartum period. Food security was measured using the 6-item USDA Food Security Survey.

In a study involving 1415 caregivers of children attending a multidisciplinary pediatric obesity clinic, patients’ insurance status (used as a proxy for family socioeconomic status) was associated with barriers to healthy eating and physical activity (Table). The findings are based on parents’ responses to the Barriers to Healthy Eating Scale and the Barriers to Physical Activity Scale.

“For children treated for obesity, insurance status and other socioeconomic issues are important to consider,” said Crystal Lim, PhD, ABPP, and Cameronne Dodd, MS, of University of Mississippi Medical Center. The study results will be used to develop interventions that are applicable and feasible for families with low socioeconomic status, the researchers said.

All of the study authors called for further investigation of the impact of food insecurity and socioeconomic status on weight status, eating pathology, and eating disorders. 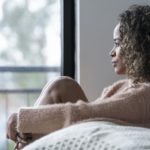