The gut microbiome has become one of the most researched topics in medicine, with particular interest on the subject within immunology, gastroenterology, and oncology. The complex interactions of the gut microbiome have been implicated in how the body develops its own antitumor surveillance, which includes a delicate balance between inflammation, immunity, and infection.1 The gut microbiome can help in the activation of certain antitumor cells as well as lead to the differentiation of certain cells.1 This can be done through activation of pattern recognition receptors (PRRs), metabolite-derived modulation, and antigen-specific activation.1 Some of the most commonly encountered bacteria within the gut microbiome include Firmicutes, Actinobacteria, Proteobacteria, Fusobacteria, and Bacteroides.2

Manipulation of the gut microbiome by inducing changes to its composition has proven to be an important therapeutic target in ongoing research. One potential modality to do so is the use of fecal microbiota transplantation (FMT) in patients with certain cancers, especially those being treated with immunotherapeutic agents.3 FMT has become frequently used in patients with refractory Clostridioides difficile infection (CDI) over the years, though there is developing data on its use to augment a patient’s response to immunotherapy.

The exact mechanism of how FMT may improve a patient’s response to immunotherapy is not completely understood; however, it is most likely multifactorial, including increased migration of certain CD4 and CD8 T cells as well as decreased migration of suppressive myeloid cells such as TH17 and CD11 cells1.  The gut microbiome may also be involved as an environmental factor that contributes to and/or prevents genetic alterations that would predispose patients to carcinogenesis.2

In addition to improving the response to immunotherapy, FMT may also help reduce potential immune-related adverse events (irAEs) — including diarrhea and colitis — often associated with many of the immunotherapeutic agents.1 Many of the irAEs that patients develop may be associated with decreased microbiome diversity, for which FMT helps diversify and/or replenish.

Although the research is still in its early stages, there have been several recent studies evaluating the impact of FMT on outcomes in patients treated with immunotherapy. Baruch et al recently published their findings in Science from a Phase 1 clinical trial that included 10 patients. The researchers evaluated the impact of FMT in patients with refractory metastatic melanoma who received repeat induction with immunotherapy.3 The authors used FMT from 2 patient donors with metastatic melanoma who had shown a complete response (CR) at 1 year to anti-programmed cell death-1 (PD-1) immunotherapy.

Patients received an initial FMT treatment via colonoscopy and an encapsulated formulation followed by nivolumab. “Maintenance” FMT was also given via capsules administered every 14 days until day 90. FMT was well tolerated, with the only FMT-related AE being bloating reported in 1 patient. Objective responses (CR or partial response [PR]) were reported in 3/10 patients, all of whom received FMT samples from the same donor. The authors postulated that FMT increased the intratumoral immune activity in the responders, based on a detailed analysis of the microbiota composition post-FMT.

A similar study was conducted by Davar et al and also published in Science in 2021.4 The authors aimed to use FMT in conjunction with pembrolizumab, with the goal of overcoming resistance to anti-PD-1 treatments in patients with advanced melanoma. Objective responses were reported in 3/15 (20%) of patients and a state of stable disease (SD) lasting >12 months was reported in 3/15 patients. When grouped together, these 6/15 patients were labeled as “disease controlled”. Patients received a single dose of FMT via colonoscopy, which is significantly different from the Baruch et al study previously mentioned. The authors concluded that FMT was able to reset the tumor microenvironment (TME) in a subset of patients with refractory disease.

Although the Baruch et al and Davar et al studies reported interesting findings, it is still too early to conclude whether FMT will play a significant and recurring role in the treatment of patients with certain cancers undergoing chemotherapies. Additional studies are underway that will need to include more patients in order to derive statistically substantial results.

When designing and evaluating these studies, there are several key points to consider when specifically evaluating the role of FMT in outcomes. There are a multitude of FMT protocols and preparations (eg, capsules, enemas, colonoscopy) used in clinical research, making it difficult to perform a direct comparison between studies when a standardized protocol is not used. This difficulty has been observed when comparing studies evaluating FMT in recurrent CDI and at times has made extrapolating clear conclusions difficult. The actual administration of the FMT can also be challenging, as many patients may not want to undergo a bowel preparation followed by colonoscopy, or in the case of the study by Baruch et al, multiple colonoscopies.  Patients with certain cancers may be considered relatively frail and higher than average risk for procedures such as colonoscopy.

Although FMT appears safe in both CDI treatment and oncology use, there is always concern regarding potential AEs. These safety concerns can be heightened, especially during clinical scenarios such as the current COVID-19 pandemic. Screening donor stool is a complex process with a limited number of sites available to do so. When new pathogens such as COVID-19 are encountered, this produces a significant impediment to FMT access and creates concerns about safety outcomes. This is especially relevant now, as there is new data to support that transmission via stool may be possible with COVID-19.5

As future studies are developed, it will be important to closely analyze the data to help determine which patients may represent the best FMT donors and responders. Although most of the current research has been focused on immunotherapy, there may also be a role for FMT in patients receiving non-immunotherapeutic chemotherapy. 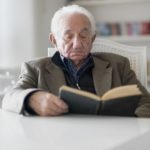